The evacuation order is necessary to protect the safety of residents
0
Sep 9, 2019 7:38 PM By: HalifaxToday Staff 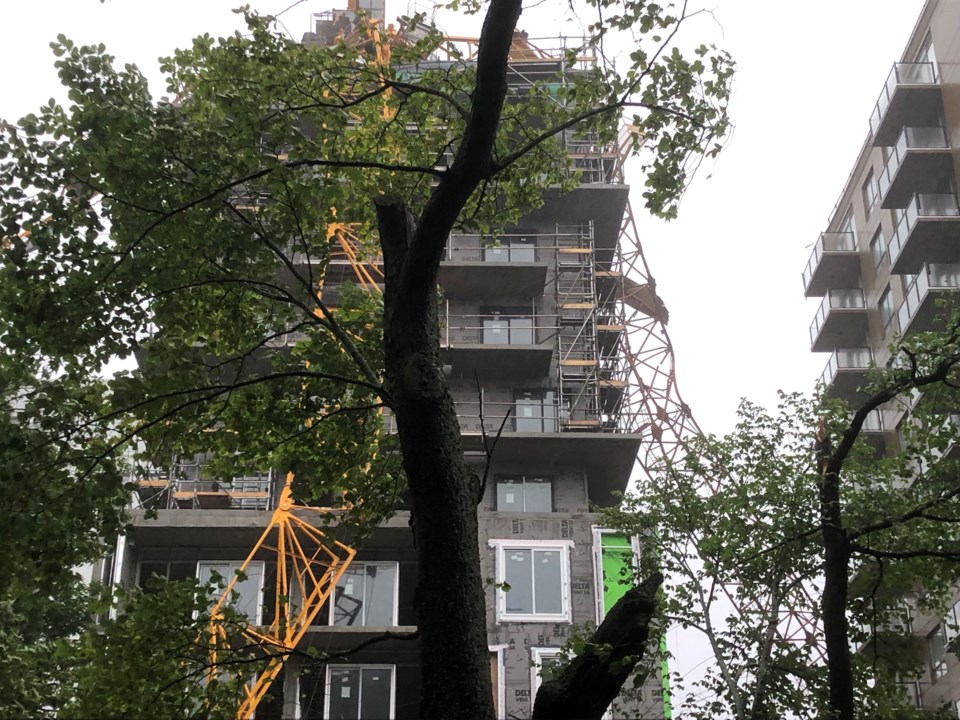 About 40 people have been evacuated from homes and businesses as local officials worry about the dangers associated with a collapsed crane in downtown Halifax.

The mandatory evacuation order was executed on Monday evening by Halifax Fire, and covers the following addresses:

"We've been advising residents that these evacuations may be in place for days, and possibly weeks," explained HRFE Deputy Chief Dave Meldrum.

The decision to evacuate some in the area of the downed crane was made with input from a number of organizations, Meldrum said. Risk assessment is ongoing, and a plan for how to remove the crane from it's perch on a building that was under construction has not yet been made.

But while that planning happens, Meldrum said public safety is the main concern.

"This crane is suspended on a building that's under construction, and that material is under great stress," he explained. "If any of that material fails, parts of the crane could slide off and topple and hit adjacent buildings."

"It's hanging right over our office," Tan said. "So we have no idea what's going to happen."

Despite the challenges that lie ahead with respect to the crane, officials said the situation could have been worse.

"It's not good that it happened, but it's fortunate that it fell on an unoccupied building for sure," said Meldrum. "Portions of the crane did strike the corner of the Trillium condominium complex, and we're very fortunate that no one was injured."

Many of the evacuees have decided to stay with friends and family, while others are getting help from the Canadian Red Cross.