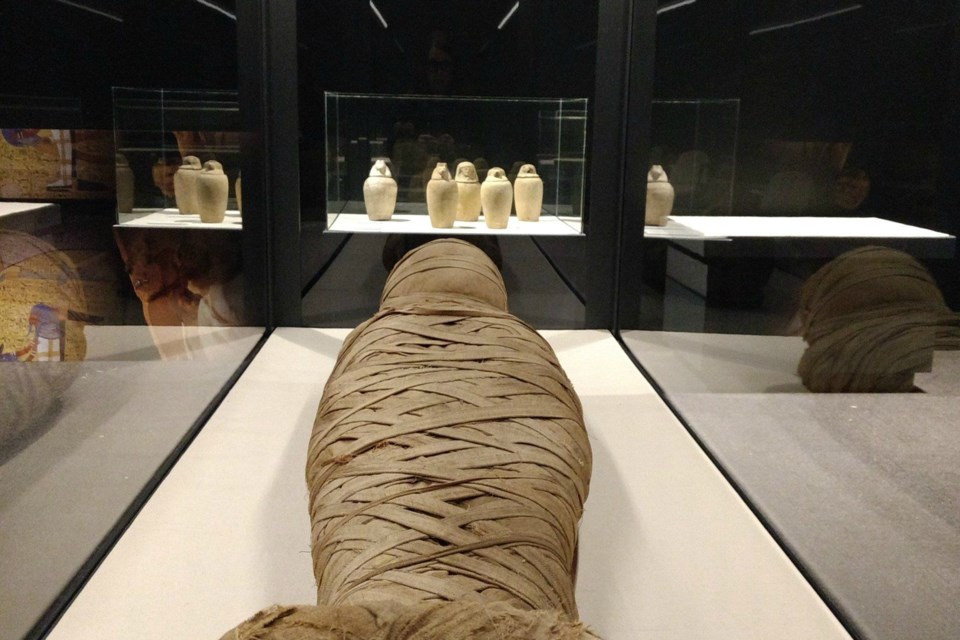 An exhibit dedicated to mummies and all things ancient Egypt has made its North American debut at the Museum Of Natural History in Halifax.

This opening has now made the city an important part of history, as the exhibit made the trip from the Museo Egizio of Florenece, Italy to the area.

“It contains more than 100 artifacts, and it’s broken into three rooms,” said Jeff Gray, curator of visitor experiences and exhibits.

“There’s one dedicated to mummification, a second for sarcophagi, and another one for artifacts. The overarching theme is about the process of preparing for the afterlife. It’s about what you’d expect to see not for one person or time, but in the overall story of the afterlife.”

Gray said it was conversations with visitors of the Museum Of Natural History that made the team focus on bringing the exhibit in. But from there, having it here was also about fortuitous timing.

“I was always feeling like we should try to bring bigger exhibits, and one about Egypt has always topped the list. We have thought about doing this for 10 years,” he said.

“It just worked out where they were looking to send the exhibit to North America. It had been through Europe and to China, and they wanted it down here. We were asking, they were looking, and it just came together.”

During his interview with HalifaxToday.ca, Gray walked through the empty exhibit and admired everything they had accomplished.

“This is all pretty humbling. It’s mildly surreal. It’s all so hard to believe it’s worked out, but I’m really excited. I can’t wait to see visitors’ reactions. I’m proud of all the shows we do, but to have this North American debut is fantastic,” he said.

“People won’t have seen this before, and to know younger people will be seeing mummies for the first time is incredible. We are giving people something they’ll remember forever.”

He said that Egypt has been a part of popular culture for a long time, and that may be why people are so interested.

“We are exposed to mummies in pop culture from an early age. It starts with the pyramids, which are so mysterious and different than anything that exists today,” he said.

“The process of mummification is different from what we know. It can all be so overwhelming to see these old artifacts, and leave people fascinated.”

Gray is proud of everything that went into the exhibit, including all the work the museum and their partners did to prepare.

“A lot happens behind the scenes that no visitors ever see, and if you knew what goes into one of these shows, that’s hugely exciting in itself,” he said.

They worked with Sherbrooke Village and Ross Farm to get the casing to store artifacts and get help with layout.

“To see this transition and now to bring this to the public is just really exciting,” he said.

The exhibit is open until June 21, 2020. For more information on the exhibit and ticketing, visit https://naturalhistory.novascotia.ca/egypt.