The municipality's Planning and Development team hosted an open house on Feb. 22 to update members of the community on the status of the Downtown Halifax Plan
Feb 22, 2018 4:26 PM By: Nicole Bayes-Fleming 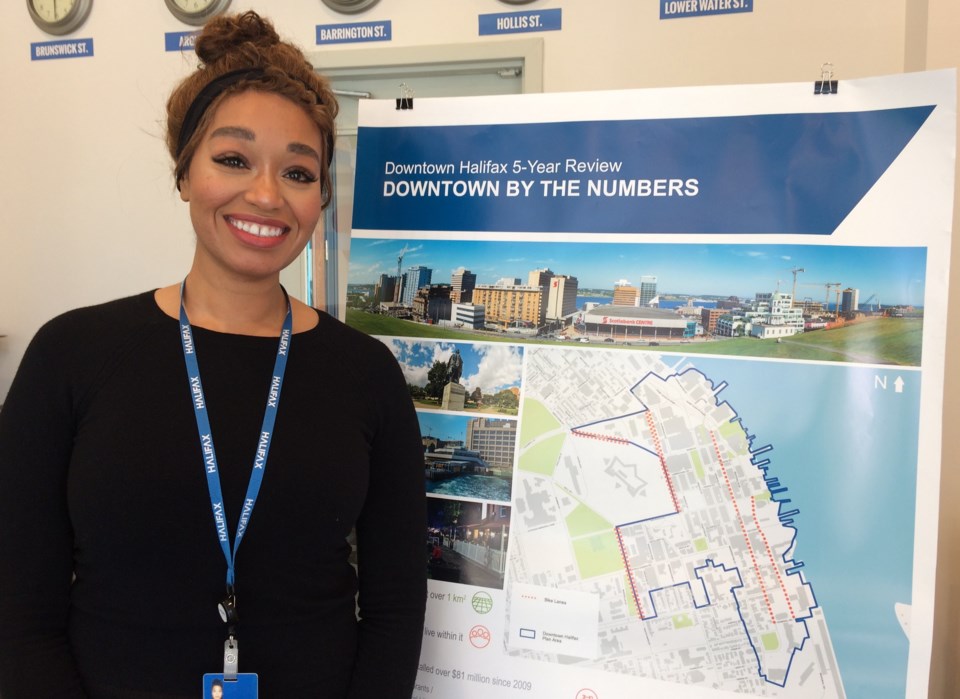 Dali Salih, a planner with the city of Halifax.

With the first set of drafts for the Centre Plan project to be unveiled this month, the municipality wants residents to know the Downtown Halifax Plan will continue separately.

“They’re going parallel, but we wanted to remind the public that this project is going independently and it will proceed to council as a separate process, and eventually be part of the larger Centre Plan project,” said Dali Salih, a planner with the municipality.

Halifax's Planning & Development team hosted an open house on Feb. 22 to update members of the community on the status of the Downtown Halifax Plan.

Salih said there have been small changes made to the plan, such as making site plan approval more flexible for developers and allowing minor renovations to be exempt from the current review process.

There have also been slight modifications to the density bonus process, which allows a developer to apply for an addition in height to a building if it provides a benefit to the public, such as affordable housing or public art.

Salih said there are also new proposals for land use relating to urban agriculture, such as creating more gardens within the downtown core and allowing beekeeping on rooftops.

Bill Campbell, who works in downtown Halifax, and said he attended the open house because he was interested in learning what updates had been made to the plan.

“Just from scanning it, they’ve done a good job of trying to make it more readable,” Campbell said. “And I’m also interested in if there’s any changes to height limits. But I’m more interested in what occurs at ground level, and what opportunities there are for enhancements to the appearances of ground-level buildings.”

Salih said changes proposed to the design manual, which governs the appearance of developments within the downtown area, would facilitate a more engaging experience for pedestrians at ground level by focusing on building articulation, materials and design.

The Downtown Halifax Plan was initiated in 2009. Salih said the municipality has worked with staff and stakeholders over the years to ensure feedback from residents was heard, and that recent comments from the public regarding the plan has been mostly positive.

She said the Downtown Halifax Plan review is anticipated to go before regional council within the next six months, following further recommendations.

“We’re trying to create…vibrant and really exciting opportunities, to unlock a lot of the development potential that [has] been locked in the past,” Salih said.

Halifax residents can continue to provide feedback and comments on the plan by filling out an online survey until March 5, 2018.