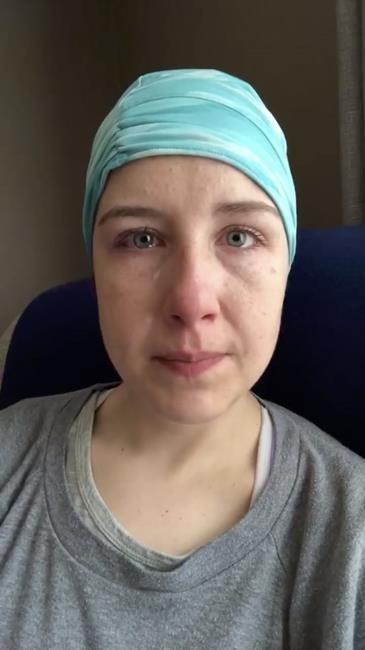 The emotional viral video of Inez Rudderham, the frustrated mother fighting stage 3 cancer has been making the rounds of social media since last week.

With her video being seen over three million times so far, the power of her viral video has once again put the province's troubling doctor shortage back into the spotlight.

In her video, 33-year old Rudderham challenges Nova Scotia's Premier Stephen McNeil to meet with her and tell her there is no healthcare crisis in this province.

Her words have struck a chord with many, and it has once again sparked conversations about the state of healthcare in Nova Scotia.

Dalhousie University professor Howard Ramos, in the department of sociology and social anthropology tells NEWS 95.7 it's hard to see someone suffering and engaging in a situation that seems hopeless.

"It gave a story and a face to a problem that Nova Scotia's been wrestling with for a number of years," says Ramos. "So it ended up giving voice to the statistics that people might have been able to not pay more attention to before, and force a discussion that has been happening in kind of policy debates, but I don't think hit everybody at home as much as this video did."

He says when it comes to viral videos like this, he does have some concerns.

As of March 1st, more than 50,000 people who have registered with the province are currently without a family doctor and national figures suggest that number doubles when you take into account the number of people who simply haven't registered at all.

Ramos provides even more examples, saying mental health support is another area where there are gaping holes in the system across the entire country.

After Rudderham's video went viral, Premier McNeil responded on Twitter expressing his concern over her experience, adding that he reached out immediately to the Nova Scotia Health Authority instructing them to contact Rudderham to get more information about her situation.