The dinner—put on by the Canadian Progress Club—raises funds for group home King's Meadow
0
Jan 26, 2019 11:33 AM By: Danielle McCreadie 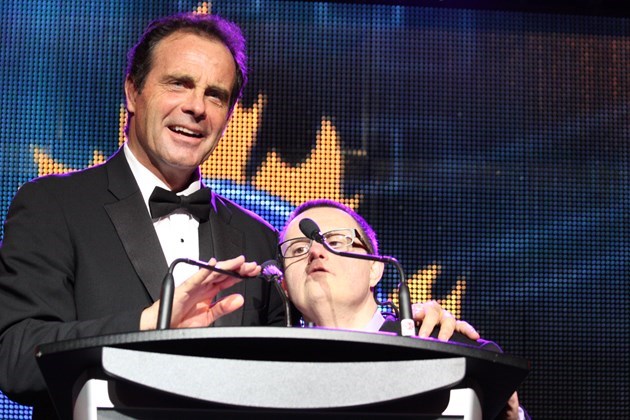 Rod Black of TSN will be emceeing the dinner this February.

Sport superstars from hockey, baseball and football will gather at the Cunard centre next month for the 47th annual Desjardins Sports Celebrity Dinner.

NHL Hall of Famer Chris Pronger, pro football star Brian Dawkins, and former Blue Jays manager John Gibbons will all make appearances for what is said to be the city's premier fundraising event.

The Canadian Progress Club of Halifax, who puts on the dinner, has been creating paths for people with special needs for over 50 years, says Mosher.

"Really we're helping those in need," Mosher said in an interview with HalifaxToday.ca, a sponsor of the event.

The inaugural event was planned in 1972 as a way to raise funds in support of the King’s Meadow Home for mentally challenged adults in Windsor, N.S., which the Progress Club owns.

The money raised goes toward operating costs at the home, as well as many benefits for the residents such as money for vacations, Christmas and birthday parties, and extra curricular activities.

"The Progress Club took it upon themselves many years ago to make their home their main fundraising priority...And because of that residents get to live a life that's well beyond the ordinary for sure," said executive director at King's Meadow Brenda Newcombe.

She says the funds allow residents to pursue talents and hobbies that may have not been available to them otherwise.

In the past, fundraising money has also gone toward two vans and drivers for the residents to take them to doctors appointments and leisure trips.

"They live like people live in real life because of the Progress Club," she said. "It's beyond words really."

Over the last number of years, the net proceeds from the event have averaged over $100,000 annually, which has been able to help a variety of Nova Scotia-based organizations.

In addition to King's Meadow, funds raised go toward the IWK Foundation, the Special Olympics team and the cost of their local sports, and The Club Inclusion, which offers a variety of recreational programming to individuals with disabilities throughout HRM.

The event will take place at the Cunard Centre February 7. Tickets tickets are $275 (+HST) and can be purchased online.