If your gold dental crown fell out and you put it in a green plastic retainer container, then misplaced it, it may have washed up on McNabs Island
Jun 10, 2019 1:27 PM By: Meghan Groff 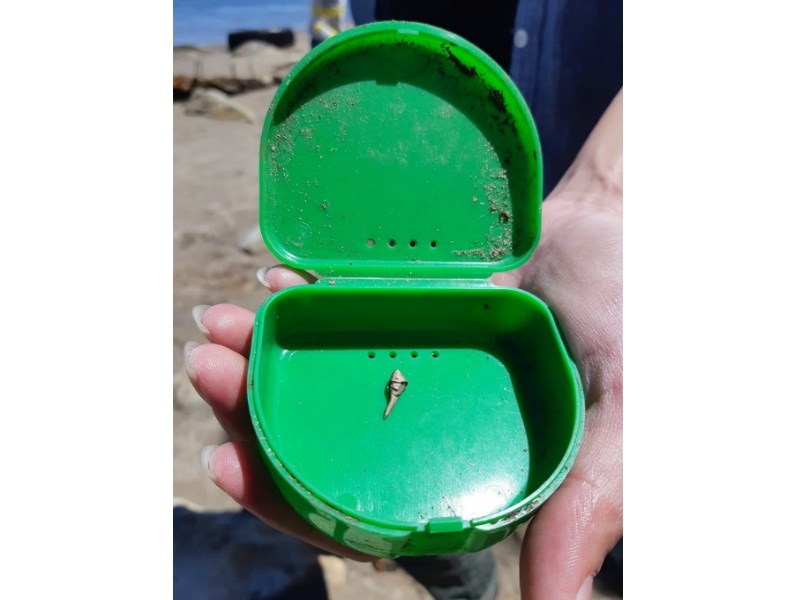 If your gold dental crown fell out and you put it in a green plastic retainer container, then misplaced it, it may have washed up on McNabs Island.

That was one of the more unique finds during the annual Friends of McNabs Island Society's beach cleanup.

After a weather related week long delay, around 200 people spent their Sunday scouring the provincial park's shorelines, picking up trash.

The society's president Cathy McCarthy says they also found toy parts, the bottom of a glass bottle dating back to the 1800s and part of a coffee percolator from the 1940s.

"Who knows where this stuff comes from," she tells NEWS 95.7's The Rick Howe Show.

"We collected over 50 lobster traps and there's still a lot more out on McNabs we just couldn't get to yesterday," she adds. "They're kind of in hard to reach areas so we're going to need some extra effort to get those things off the rocks."

Volunteers also collected other items used in the lobster industry, including the rubber bands that secure the claws and tags.

"Why isn't there a program to look after their waste and garbage, and retrieve these traps," McCarthy questions. "It really shouldn't be volunteers out there collecting these heavy traps, having to haul them back and get them sent off to the landfill."

Crews also picked up a lot of garbage from the city, including tampon applicators, disposable coffee cups and a couple of hard hats.

Over the past 29 years, volunteers have collected more than 13,500 bags of garbage and recyclables from the island's beaches.

If you've never been able to visit the park, the Friends of McNabs Island Society will be running heritage tours every Sunday of the summer.

"That's a great opportunity for people to get over to the island and explore the history where Bill Lynch got his start in the fairground business on McNabs, see his family home and several forts that are on the island," McCarthy explains. "There's lots of interesting things, like the abandoned Victorian garden that we're working to restore."

She says the society also plans to reopen the island's tea house. The society has raised enough funds to pay for repairs to the roof, windows and doors, and now aims to have the work finished by fall.

Shipwrecks of McNabs Island to be discussed at Wednesday meeting
Apr 30, 2019 4:39 PM
Comments