The Play Box on Portland St. is spending its last few days making as many children smile as possible
0
Feb 27, 2020 12:00 PM By: Jordan Parker 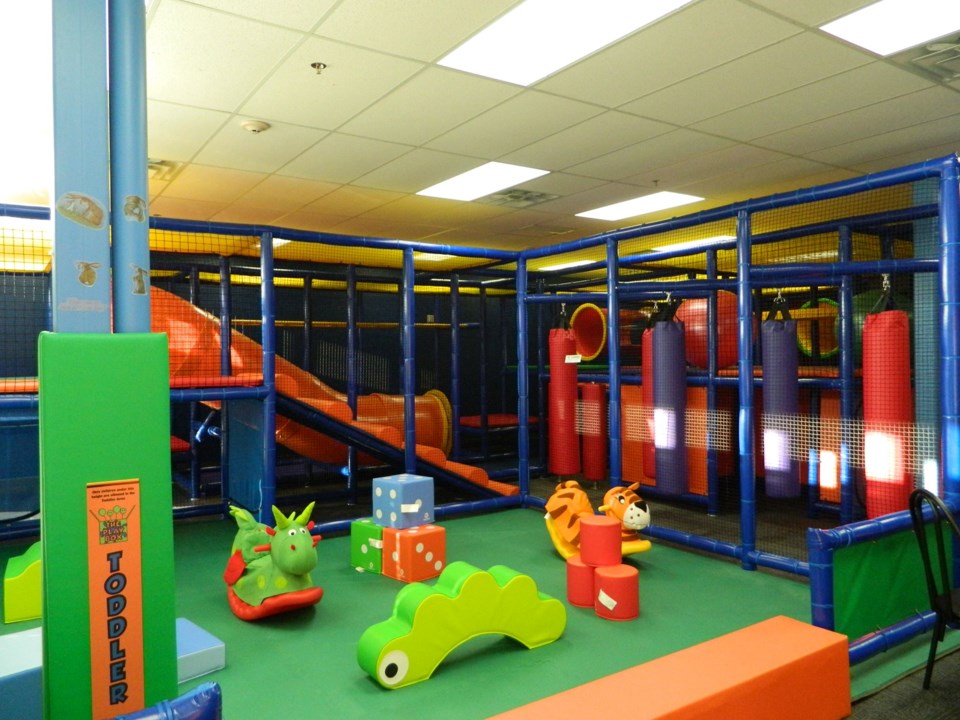 A children’s indoor play business in Dartmouth is spending its last few days making as many children smile as possible.

As The Play Box owner Manish Shah speaks to HalifaxToday.ca, the bittersweet sound of a packed business – and children playing everywhere – echoes throughout the Portland St. location.

It’s a deafening, wonderful sound he had hoped for when he acquired the business seven months ago, but it’s just come a bit too late.

“Some people have come in the past few days for what will be their first and last visit. I just wish they knew about us sooner,” said Shah. On February 25, the company posted news that they’d have to shut down via their Facebook page.

“It is with a heavy heart we announce that the fun times at The Play Box will be coming to an end on Feb 29th 2020. We have no plans for relocating,” the post read. “Our little star guests have brought us and our team members great joy and many smiles since our first day. It is those smiles that will be missed most of all.”

The business opened on Mother’s Day 2014 under different owners. When Shah – who first moved to Halifax in 2016 to finish his Masters of Business Administration in Cape Breton – bought the business on August 1, 2019, he rescued it from closure at that time.

His family moved here from India and loved the prospect of owning the location.

“They had planned to close July 31, but we moved here as migrants from India. My wife and I have a five-year-old daughter. When we first saw the place, we loved it,” he said.

“We made an impulse decision and didn’t want it to close. We had always wanted to own our own business, and we wanted to give this a try.”

He said the last seven months, though, the business has been on life support.

“With the revival of an already-planned shutdown, we sought advice from the Immigrant Services Association of Nova Scotia, put in free WiFi, tried marketing tools and Facebook posts. But it didn’t improve,” he said.

“My wife started studying child psychology, and worked with children with special needs in India. We wanted to do this. We did our best to keep the business open.”

He said The Play Box offered something not many other places could for parents, with birthday parties and tons of excitement.

“You could come, sit in the location, and allow your kids to play. You could always see them, and had that peace of mind. We thought it was a nice tradition to carry on,” he said.

Nova Coffee has been partnered with the location since its inception in 2014, and owner Gary Jenner was sad to hear about the closure.

“They’re just lovely people. They maybe just didn’t know how they could take the business further, and I feel bad in that respect,” he said. “When I met them, they discussed cooking and serving authentic East Indian dishes. They just did a nice job, and it’s so disappointing when a small business closes.”

It’s a pillar of Nova Coffee – based in Lakeville, N.S. – to work to help local businesses.

“When you deal with someone who isn’t a franchise, you’re helping to create jobs locally,” he said. “Parts of the coffee industry are in growth mode, and when a local business wants to serve our product, it’s always an opportunity to see how they can make a go of it.”

He said nothing gives him more pleasure than seeing a local start-up succeed, and he will be sad to see The Play Box go.

“I’m still a little surprised. They had their ups and downs, and I understand the decision. I’ve been through rough periods with my business, so I know where they’re coming from.”

Shah said they had a beloved vanilla chai latte that people enjoyed, which was introduced around Thanksgiving.

“We really tried, and our butter chicken dish was popular too. Gary was such a great help and coach. He’s been with us since day one, and we really appreciate it,” he said.

He said it’s strange to see the place so packed with kids and their parents after the closure announcement.

“We put up that farewell post two days ago, and now our hands are full. We cannot thank our customers and clients enough for pouring in one last time,” he said.

“We were so passionate about working with kids, but we struggled with rent. There is no other pain point. But we have to say this journey, as new business owners and immigrants, was so wonderful.”