Fisher was elected to Parliament in 2015 after serving as a councillor in Halifax Regional Municipality
Oct 21, 2019 10:02 PM By: Meghan Groff 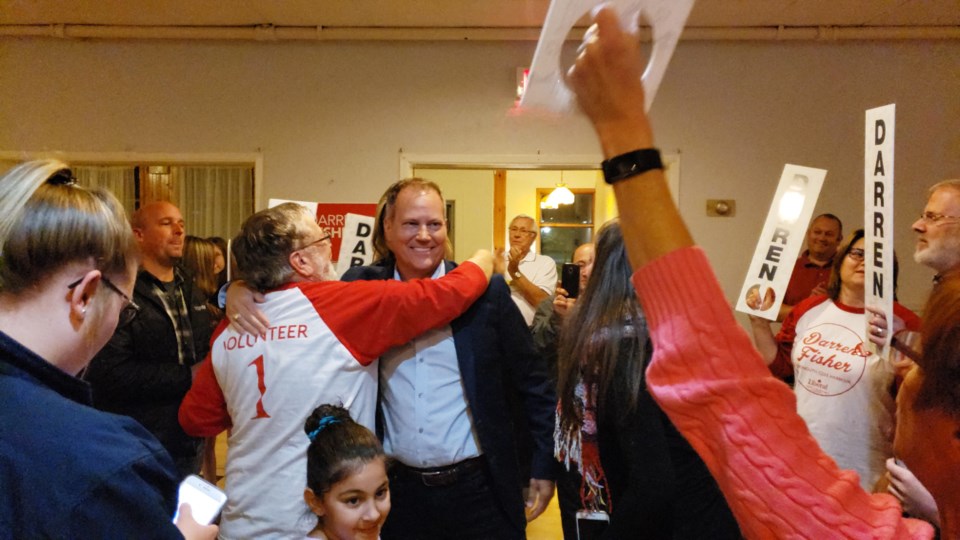 Cheers and applause greets Darren Fisher as he arrives at the Mic Mac Amateur Aquatic Club for his victory party (Chris Halef/HalifaxToday.ca)

Liberal incumbent Darren Fisher has been re-elected in Dartmouth-Cole Harbour.

Cheers and applause greeted Fisher when he arrived at the Mic Mac Amateur Aquatic Club for his victory party.

He told reporters his team could feel a building momentum on the streets when out knocking on doors.

One of Fisher's main priorities going forward will be to help bring national pharmacare to Canadians, but tonight he'll be celebrating with the 100 or so volunteers who worked on his campaign.

"I am extremely proud of this team, they deserve so much credit for this hard earned win."

Fisher was elected to Parliament in 2015 after serving as a councillor in Halifax Regional Municipality.

Darren Fisher arriving at his victory party after winning being re-elected as the MP for Dartmouth-Cole Harbour #CanadaElection2019 @NEWS957 pic.twitter.com/nwH6WiqW9e