Dr. Mohammed Al-Hamdani has won the Mitacs Award for Outstanding Innovation for his most recent study on the impacts of plain packaging on cigarettes
Dec 1, 2019 1:21 PM By: Victoria Walton 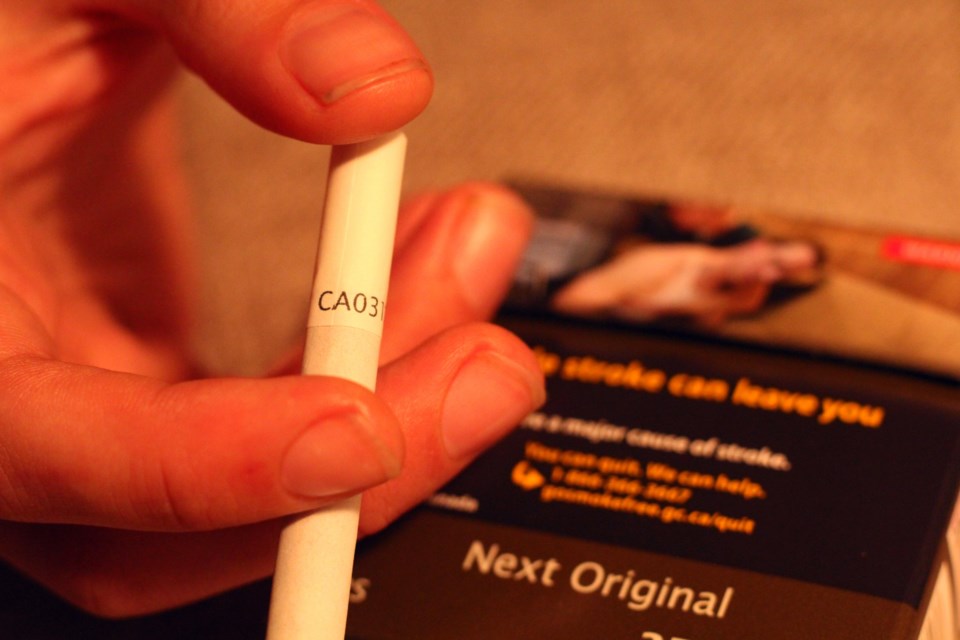 Dr. Mohammed Al-Hamdani has won the Mitacs Award for Outstanding Innovation for his most recent study on the impacts of plain packaging on cigarettes.

There had been similar studies done around the world before, but this study was unique in that it focused on the Canadian model.

"The question of whether it actually reduces smoking for those that smoke or whether using a plain package, when the Canadian format specifically is used, was not a question that was answered," explains Al-Hamdani.

Al-Hamdani is a post-doctoral researcher at Dalhousie's Departments of Psychiatry, Psychology and Neuroscience and Community Health and Epidemiology, and the study was also supervised by the Lung Association of Nova Scotia.

The researcher says that he was interested in the effectiveness of plain packaging even before Canada began the transition from branded packaging, which started on November 9 and will be fully enforced by February 2020.

"It's part of the line of research that I've been always keeping my eyes on. It is part of what we call the tobacco end-game. If we are to reduce tobacco rates aggressively in this country we have to go beyond the traditional means or tobacco control policies," Al-Hamdani tells NEWS 95.7's The Todd Veinotte Show.

Al-Hamdani says he was inspired by a similar study in Australia, but he wanted to go above and beyond what previous studies had done.

"I knew that in Australia there was some criticism on the impact of plain packaging on smoking behaviour and what we call a controlled environment," he says.

These earlier studies didn't account for the fact that Australia also increased cigarette taxation and implemented other policies at the same time as introducing plain packaging.

"They looked at the thousands of people without putting them in a controlled environment," he says. "So is it really plain packaging or not that is impacting smoking behaviour?"

The Dalhousie study itself was comprised of two parts. In the first, the researchers used eye-tracking software to see where smokers' eyes went when looking at plain packaging, versus traditional packaging.

"We used an eye tracker that was placed in front of a participant while they were sitting in front of the computer screen with images flipping every five seconds," says Al-Hamdani.

The plain packaging in Canada is largely taken up by graphic health warnings, which cover 75 per cent of the package. The other 25 per cent is brand information, but cigarette companies are no longer allowed to use bright or captivating colours to draw people in.

"When the participant was looking at the plain packages on average, they were paying more attention to the graphic warnings rather than the bottom 25 per cent area that was occupied by the branding information," adds Al-Hamdani.

The second part of the study was behaviour based. Al-Hamdani's team placed participants in a well-ventilated room for one hour. They were instructed to complete computer tasks, and based on that they were permitted a certain amount of puffs of cigarette.

"They had to earn their puffs," explains the researcher.

The team found that the participants who were given plain packaging were less motivated to complete the tasks in exchange for smoking.

"With the plain packaging, the smokers are less willing to continue to take more puffs compared to the branded packages," he explains.

Al-Hamdani says the study is as robust and thought-through as possible, and is currently being submitted to two journals for peer-review.

"We've worked very hard to make sure that the method was robust and I'm very glad to see that the Lung Association of Nova Scotia and Dalhousie University were able to be projected as centres of excellence," he adds.

The findings, Al-Hamdani says, do prove that plain packaging is effective in eliminating brand identity from cigarette packages.

"There are no colours that would capture the attention of the consumer," he explains. "When they're looking at the package and they take a moment to look at the graphic component on a plain package, because they're not interested in the bottom 25 per cent area anymore."

The doctor says this will lead to more people paying attention to health warnings, and ultimately deciding not to smoke.

Food film fest creates diversity scholarship for NSCC students
Sep 28, 2020 6:25 PM
Comments
We welcome your feedback and encourage you to share your thoughts. We ask that you be respectful of others and their points of view, refrain from personal attacks and stay on topic. To learn about our commenting policies and how we moderate, please read our Community Guidelines.