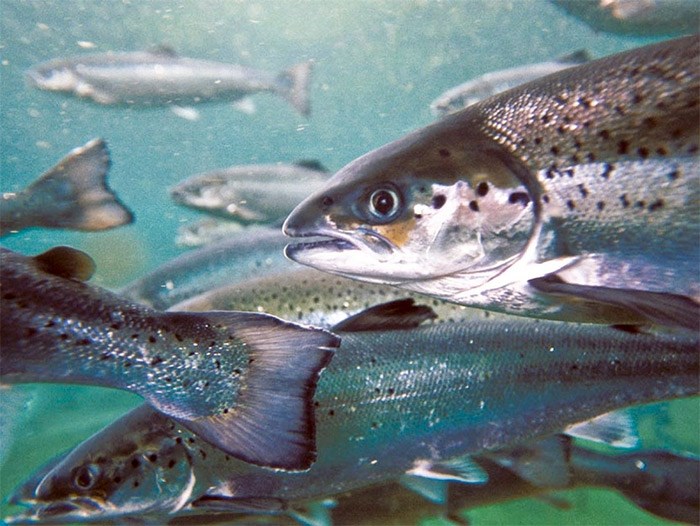 Atlantic salmon being raised at a fish farm. (via Marine Harvest Canada)

New research out of Dalhousie University reveals the surprising differences between salmon species, helping consumers decide which ones to put on their plate.

Stefanie Colombo is an assistant professor of Aquaculture at Dalhousie University’s Agriculture Campus. She hopes her research published recently in the Journal of Agriculture and Food Research, will dispel some misunderstandings about farmed salmon.

"We all know salmon is really good for you, but I hear from a lot of people who only eat wild salmon and not farmed salmon because they believe it's not as good for you," she tells News 95.7's the Rick Howe Show. "I decided to investigate this."

"Consumers can't look to nutritional labels to help them decide, because fresh seafood doesn't require them in Canada and the U.S.," she says.

Colombo says the main finding in terms of nutritional quality was that it depends on the species of salmon, and not whether it is wild caught or farm raised.

"It really isn't about wild versus farmed, because even within the wild category, there were big differences," she says. "It's more about the species."

Colombo says the study revealed for frequent consumption, farmed Atlantic is the best option because it has the lowest mercury content, a high nutrient density, and is more affordable and available on both of Canada's coasts.

The study was funded by a Discovery Grant awarded to Colombo from the Natural Science and Engineering Research Council of Canada.