Dalhousie panel discusses accountability in the wake of disaster

Aside from the potential for loss of life, such events can lead to infrastructure damage, travel restrictions, temporary business closures, layoffs and permanent job losses
Oct 29, 2019 5:13 PM By: Michael Lightstone 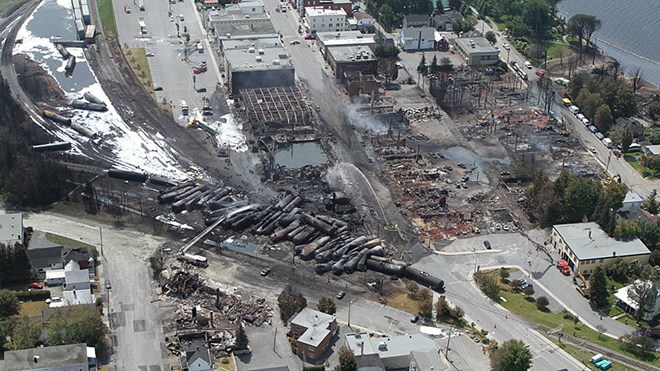 When disaster strikes – natural or otherwise – who might be held accountable?

This question was considered and discussed during a panel presentation Tuesday at Dalhousie University covering crisis management and related matters.

Attendees heard catastrophes and their aftermath can involve such complexities as multiple jurisdictions, knotty government regulations and inter-agency rules, many decision-making individuals and just plain politics.

For example, weather-related disasters might be handled by such public-sector agencies as meteorological offices, emergency-response departments, police and fire services, environmental protection boards and transportation services.

Aside from the potential for loss of life, such events can lead to infrastructure damage, travel restrictions, temporary business closures, layoffs and permanent job losses.

Government regulators in Canada have been known to be sympathetic to private businesses, on safety and other issues, due to pressure from their political bosses, or perhaps perceived pressure.

“I will just highlight the fact that Lac-Mégantic, just like (the) Westray mine, these are industrial accidents that occurred in areas that were economically fragile,” said Quaid, referring to the 2013 train derailment in Quebec that killed 47 people and 1992 coal mine explosion in Pictou County that claimed the lives of 26 miners.

The preventable disasters happened in regions where “local governments had an interest in maintaining” the status quo, and “there was some willingness to tolerate that” to help encourage economic activity in the areas ultimately hit by tragedy, said Quaid, a University of Ottawa law professor and an expert in corporate criminal liability.

She said this country is lacking “very robust” whistle-blower legislation protecting people who question their employer’s methods and want to alert the public to potential danger.

Since the 1990s, Nova Scotia has been the site of disasters that have involved severe weather, deadly plane crashes and industrial fatalities, such as the Westray blast.

With respect to catastrophes and the potential for criminal charges, and/or convictions, the audience at Dal heard it’s often difficult to hold people responsible for failures leading to deaths, personal injuries and other harm.

However, six former MMA employees, including some of the firm’s top executives and two of the three men cleared of criminal charges, pleaded guilty in 2018 to violating such federal laws as the railway safety and fisheries acts.

In Nova Scotia, no one was convicted of a crime after the Westray disaster 27 years ago, though a subsequent public inquiry found there was lots of blame to go around.

Among other things, the inquiry’s report criticized the province’s worksite inspectors, who ignored safety abuses at the underground mine, and the now-defunct company that owned the operation for allowing unsafe conditions.

Panel member Bruce Campbell, the former executive director of the Canadian Centre for Policy Alternatives, wrote a book about the Lac-Mégantic disaster. He said he’s “learned a lot” from citizen groups there that he’s come to know.

He said they are determined to acquire information and “push the government to be transparent and threaten to take legal action to get information.”

Called When The Dust Settles: How Do We Hold People To Account After Disasters?, the public panel talk at Dalhousie was part of a free series hosted by the university’s MacEachen Institute for Public Policy and Governance.

He told the audience, made up mostly of Dalhousie students, accountability and transparency are absolutely necessary when it comes to disasters. So is making public the results of event audits done after disaster strikes, Quigley said.

“Once (they’re) published,” he said, “there should be a website you can go to that says (for example): ‘This is the Lac-Mégantic website. Here are all the things that were recommended that we will be pursuing. Here are the timelines, (and) here’s who’s responsible,’” Quigley said.

The panel presentation included references to Dorian, a dangerous storm that blew into Nova Scotia on Sept. 7.

In Cape Breton, officials with the Municipality of the County of Richmond County intend to update the area’s emergency measures plan, a move prompted by Dorian’s intensity.

Hurricane-force winds from the post-tropical storm left parts of the county without electricity and phone service for four days.

Nova Scotia's chief health officer says people should reconsider Cuban vacations
Oct 28, 2020 2:48 PM
Comments
We welcome your feedback and encourage you to share your thoughts. We ask that you be respectful of others and their points of view, refrain from personal attacks and stay on topic. To learn about our commenting policies and how we moderate, please read our Community Guidelines.