Nothing says summer quite like a traffic jam on the way to the beach, but this year, officials hope to lighten the load at Crystal Crescent Beach
Jan 18, 2021 5:05 PM By: Kieran Delamont 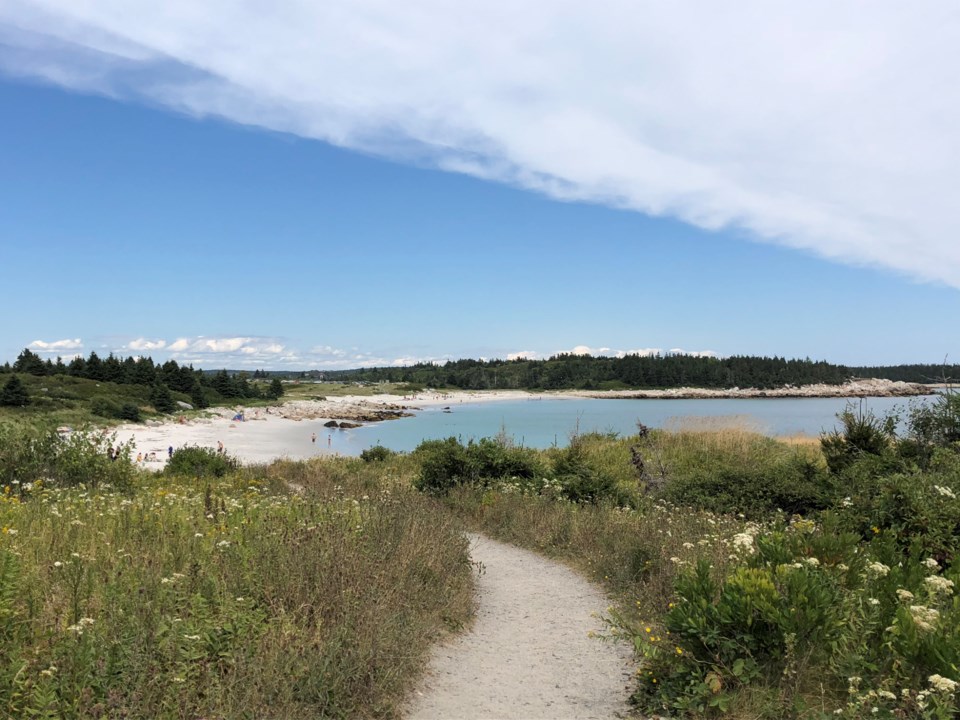 Just about every summer for the last couple years, the parking situation at Crystal Crescent beach becomes frustrating and untenable.

With the parking lots closest to the beachfront full, cars squeeze into any spot they can find along the side of the road, creating a minor headache for folks looking for some sun, and a potentially major one for any emergency vehicles needing to get through.

In recent years, police have even needed to be called in to help manage the flow of traffic, while in the spring of 2020 photos of cars lined up along the access road raised concerns around social distancing.

There should be some relief this year, however, as construction on a third parking lot is just about complete, with hopes that it will help the beach avoid the levels of congestion it’s seen in recent years.

It has been apparent for some time that a change was needed, says local MLA Brendan Maguire, and once he started looking into the situation about two years ago, it turned out that solution wasn’t too hard to find.

In reviewing site plans, “it was originally planned that there’d be three parking lots,” Maguire told HalifaxToday.ca. “What had prevented this from being built?” As it turned out, space for a third lot had been cut into the forest over a decade ago, but facing a lack of funding as so many public projects do, the actual lot had never been built.

In the meantime, the trees, the shrubs and the grass had all started to reclaim the area, so while the beach got more popular, the parking situation got a lot worse.

This year, though, there’s some hope that the worst of it could be avoided now that the third parking lot is finally being built.

“It was something we had to deal with,” Maguire says. He adds there have been “huge parking issues” that have prompted warnings from emergency services that, should something go wrong, they risked being blocked out completely (making this, without being completely hypothetical, one of the few scenarios where parking could actually be a life or death issue).

Maguire says the fact that the parking lot had already been planned and cut was a major help. On one hand, it makes the whole project cheaper, while on the other, it means Maguire doesn’t have to be the guy to put a parking lot where a natural forest used to be.

"That was a big part of it for me, too,” he says. “I just didn’t want to see the headline ‘Paved Over Paradise.’ The stuff that was there was new growth. There was really nothing living in there.”

The third lot is being built just off the main lot, and according to Maguire, it should hold around 100 vehicles, “which is good,” he says. “I think it’s going to have a huge buy-in.”

"Crystal Crescent's three white-sand crescent beaches are some of the most beautiful and popular beaches in Nova Scotia," said Minister of Lands and Forestry Derek Mombourquette, in a news release issued by the ministry on Monday. "The expansion of the parking lot will have more well-defined parking areas, better traffic flow and better access for emergency vehicles allowing more visitors to swim, hike and explore this scenic park."

Lands and Forestry says the addition almost doubles the parking capacity on site, adding the bill for the expansion came in at around $680,000.

The hope is that with more space, there won’t be any need to take more punitive measures, as has been necessary in recent years. At a time when the value of the outdoors is more apparent than ever, having to call in the cops to manage what is basically an easily avoidable problem seems increasingly unnecessary.

“The last resort,” says Maguire, “was the police coming in, and ticketing and fining people.”

While the gates to the park haven’t opened yet, Maguire says the parking lot will be ready to go for beachgoers this season.

According to the Department of Lands and Forestry, the work should be complete in March.