A new report out of Dalhousie University finds Canadians are buying more plastic packaged goods during the pandemic, with young people reporting the largest increase
Sep 8, 2020 3:45 PM By: Katie Hartai 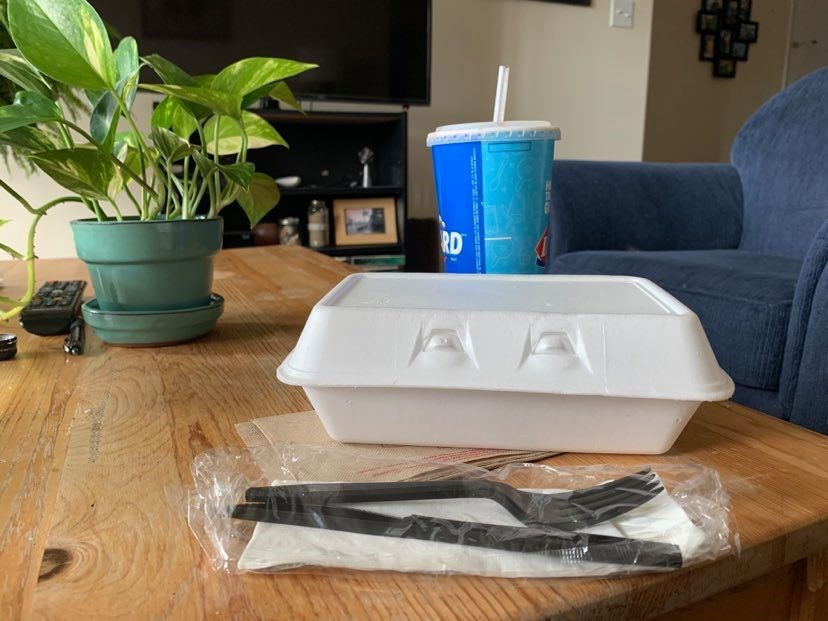 Styrofoam packaging, which is commonly used for takeout food, is not recyclable in the Halifax Regional Municipality (Photo: Katie Hartai/HalifaxToday)

As COVID-19 public health concerns heightened around the globe, so did single-use plastic waste.

Efforts to reduce plastic consumption seemed to come to a halt, or even reverse in many industries, especially the food sector.

According to a new report out of the Agri-Food Analytics Lab at Dalhousie University, many Canadians feel like they are buying more plastic packaged food goods during the pandemic than they were before.

"COVID has been a bit of a step back,” says director of the lab Sylvain Charlebois. "I think we have all seen plastics coming back into our lives with vengeance, whether it's at the grocery store, or when ordering food to be delivered at home.”

The report compares two cross-national surveys: the initial one was conducted in 2019 and the most recent in July. During that time, 29 per cent of respondents admitted more plastic food packaging is ending up in their recycling bins and garbage cans.

The increase is particularly noticeable among younger people, with 47 per cent of 18-25 year olds and 34 per cent of 26-39 year olds saying they have been purchasing more food items with plastic packaging.

Charlebois attributes this to younger consumers ordering more prepared foods from restaurants than other buyers.

"We expect the amount of food ordered online to triple by the end of this year, and that food has to be delivered somehow and plastics are the material of choice,” he says. "It’s a paradox because Millennials and Generation Z, who would typically be against the use of plastics, have actually used more plastics during COVID.”

The report finds 40 per cent of respondents consider new safety concerns during the pandemic to be either ‘very important’ or ‘extremely important’ to their decisions about buying plastic packaged goods.

"It's anxiety and fear that is really driving the use of more plastic, not science,” he says. "A lot of people see plastics as a material to keep them safe, and public health is clearly trumping the environment.”

The will to regulate plastics has also been affected by the pandemic. Last year, 90 per cent of Canadians who responded to the survey were in support of stronger regulations on plastics and 70 per cent wanted to see a single-use plastics ban. In 2020, those numbers dropped to 79 per cent and 58 per cent respectively.

It’s unknown whether Nova Scotia is still moving forward with banning single-use plastic bags across the province on October 30.

HalifaxToday.ca has reached out to the province more than five times regarding the Plastic Bag Reduction Act, with all replies saying the matter is being looked into.

Without a doubt, producing less plastic waste continues to be challenged during the pandemic, but that doesn’t mean people have stopped trying.

Kate Pepler owns The Tare Shop on Cornwallis Street in Halifax, which is a package-free coffee shop and bulk store.

Throughout the pandemic, the business has allowed customers to bring in their own reusable containers to fill up with bulk products. She references a statement signed by more than 125 health experts from 19 countries that defends the safety of reusables during COVID-19, and argues disposable plastics are not inherently safer.

“Reusables can be safe during a pandemic you just have to wash them regularly which you should be doing anyway,” she says. “One of the issues is that we think of plastic as this magical product that will protect us against all evil things.”

Pepler says she has heard from a number of customers who are appreciative they can continue shopping waste-free at The Tare Shop during a time when plastic seems to be making a comeback.

“It’s something that people still want to do it’s just, especially for a while, they felt like they had no choice but to use single-use plastics,” says Pepler. “There are still ways to reduce your plastic consumption during a pandemic.”

Pepler will be opening up shop in a second location on Portland Street this fall.