Councillor wants report on taking over housing from the province 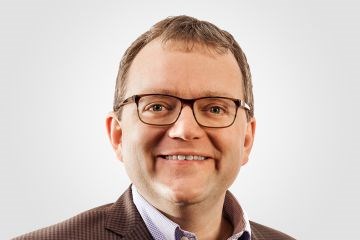 HALIFAX - Regional Council will discuss taking back the social housing portfolio from the province for the Halifax-area during its meeting on Tuesday, something that's been out of the municipality's hands for over 20 years.

Deputy Mayor Waye Mason is putting forward a recommendation from HRM's Economic Development Standing Committee looking for a staff report with options for the "transfer of the responsibility to operate and deliver housing programs and services within the boundaries of Halifax..."

If approved, the report would include studying the possibility of transferring control of the Metro Regional Housing Authority, Preston Area Housing Fund and other non-profits to HRM.

The motion put forward by Mason, who also represents the downtown area, says Halifax is one of the few if not only major Canadian city without a housing department, instead having the portfolio spread out over two levels of government with the province, which Mason notes creates its own challenges.

Housing has been the responsibility of the province since 1997 and the 2016 Halifax Needs Assessment found roughly one-in-four households have an affordability issue.

Mason proposes funding any possible transfer from the province by retaining some property tax revenue HRM currently hands over to the province annually for education programs.

After a previous staff report recommended Halifax hold off on endorsing a pilot program involving a basic income, a new proposal comes to the council table on Tuesday that looks to keep an eye on how it's working in other jurisdictions.

Councillors will debate a recommendation from the Community Planning and Economic Development Standing Committee that asks for HRM staff to monitor progress on basic income projects underway in Ontario and Finland and if approved, staff would report back to committee and council with periodic updates.

Committee also recommended council approve a request for staff to monitor other poverty reduction strategies and plans at the provincial and federal level to see if there are any opportunities for Halifax. If approved, staff would look to see if Halifax qualifies for any such opportunities.

Interest in CN railway land for trails along Windsor-Hantsport corridor

Council will debate a motion Tuesday asking staff to continue talks with municipalities along the Windsor and Hantsport Rail Spur corridor with an eye toward possible future installation of active transportation trails.

Much of the existing land is owned by CN rail and if the motion before council Tuesday is approved as is, staff would send a letter to CN and the federal Canadian Transportation Agency expressing interest in acquiring portions of land along the corridor for a 'rails-to-trails facility.'

The report would also explore a number of different design options for the possible greenway, including removing rails and ties for trails, covering the rails and ties or constructing a new greenway parallel to the rails.

Current cost estimates for the installation and upkeep of the trails, not including the cost to acquire the land, vary wildly depending on the type and length of the trail HRM would like to create.