On Tuesday, council voted 13 to two in favour of accepting the payment from the developer in lieu of requiring the building to include affordable housing units
0
Oct 10, 2019 7:09 AM By: Chris Halef 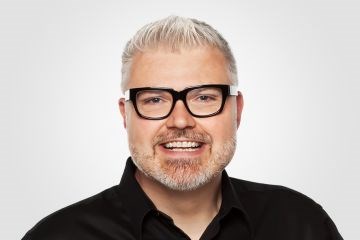 A $1.8 million payment to the city from the developer behind the so-called Willow Tree tower is being touted as a good deal by at least regional councillor.

On Tuesday, council voted 13 to two in favour of accepting the payment from the developer in lieu of requiring the building to include affordable housing units.

District 9 councillor Shawn Cleary telling NEWS 95.7 the money will be put toward developing affordable housing instead.

"The Centre Plan is only taking cash in lieu payments for affordable housing so we can invest with co-ops, non-profits, housing trusts," explained Cleary. "So if people don't like this deal, they're not going to like Centre Plan."

Cleary also says the cash-in-lieu process isn't a new development. He says it was discussed at two council sub-committees.

"It might be news today, but it shouldn't be because we've already discussed these for the last couple years," said Cleary. "So I'm glad everyone is catching up with where we are now."

He says the province refused to give the city authority to force developments of a certain scale to include affordable units in those buildings.

Cleary says if people want change in that regard, they should lobby the McNeil government.

Nova Scotia court ruling orders province to better protect endangered species
Jun 1, 2020 6:15 PM
Comments
We welcome your feedback and encourage you to share your thoughts. We ask that you be respectful of others and their points of view, refrain from personal attacks and stay on topic. To learn about our commenting policies and how we moderate, please read our Community Guidelines.