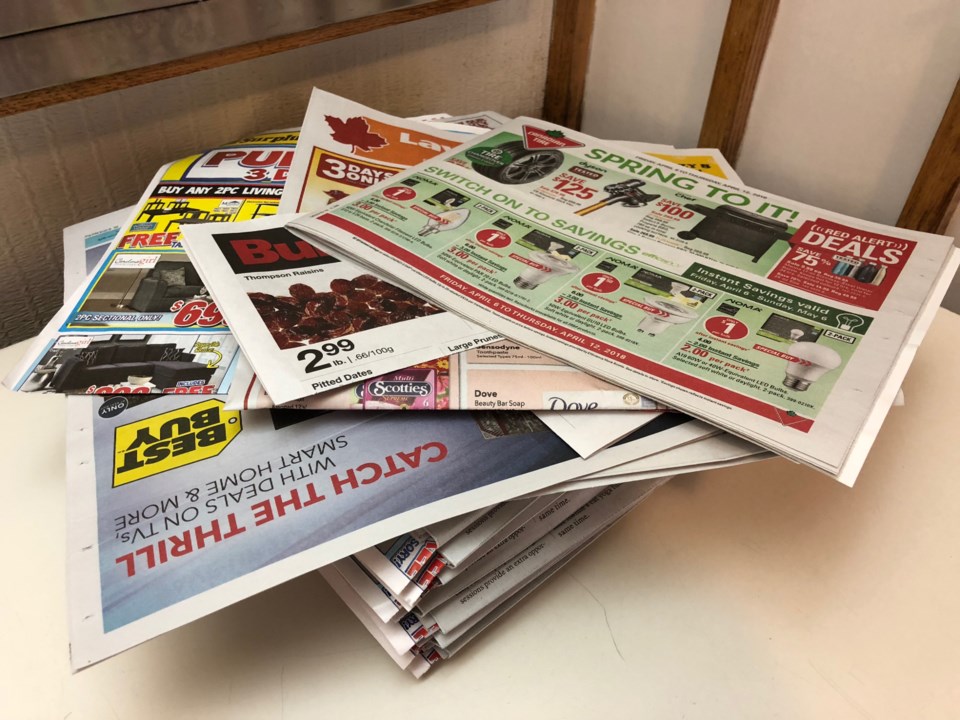 Companies and drivers could soon be facing fines if flyers are delivered to residents who don't want them.

The first reading of the proposed Respecting the Distribution of Flyers bylaw is on Tuesday's agenda for Halifax regional council.

Middle/Upper Sackville-Beaver Bank-Lucasville councillor Lisa Blackburn says she gets calls after every snow storm from people who have sucked up bundles into their snow blowers. She's also heard residents are having a hard time cancelling their delivery.

Blackburn says, like all bylaw infractions, enforcement would be complaint driven.

"HRM is going to be handing out stickers that say 'No flyers' that you can adhere to your mailboxes, or your door, or your windows," she explains. "On that back of that will be the numbers you can call to have the flyers stopped at your property."

"If you take all the steps that are necessary and they still end up on your property, there will be a mechanism for you to complain and fines will be issued."

Those stickers would be available at customer service centres, libraries and recreation centres.

The bylaw would also regulate where the flyers can be left, including mailboxes, mail slots, a tube at end of a driveway or bagged and placed neatly and carefully on a doorstep.

Since last summer, HRM has be conducting a pilot project in 6 communities. Instead of having the bundles delivered to their homes, people living in those areas go to a Flyer Box to pick them up.

"The biggest goal of all is to eliminate the tossing of these bundles of flyers at the end of people's driveways," Blackburn says.

When Blackburn first proposed regulations for flyer delivery in HRM last year, she wanted staff look at the possibility of residents having to opt-in to receive them. However, she says they found that wouldn't be possible.

"Delivery of flyers is actually a legal issue. It's protected by the Charter of Rights, it's apparently freedom of expression," she says. "That's the reason why we couldn't go for this opt-in version or ban them altogether."

Blackburn adds staff worked with flyer distributors when drawing up this proposed bylaw and, if passed, it should be up to them to make sure their drivers know about the fines.

"We're not in the business of putting people out of business, we just want to regulate something that has become a nuisance."