CN shuts down eastern rail network, Via service due to anti-pipeline blockades

The company says it may lead to temporary layoffs for eastern Canadian staff
Feb 13, 2020 6:26 PM By: The Canadian Press 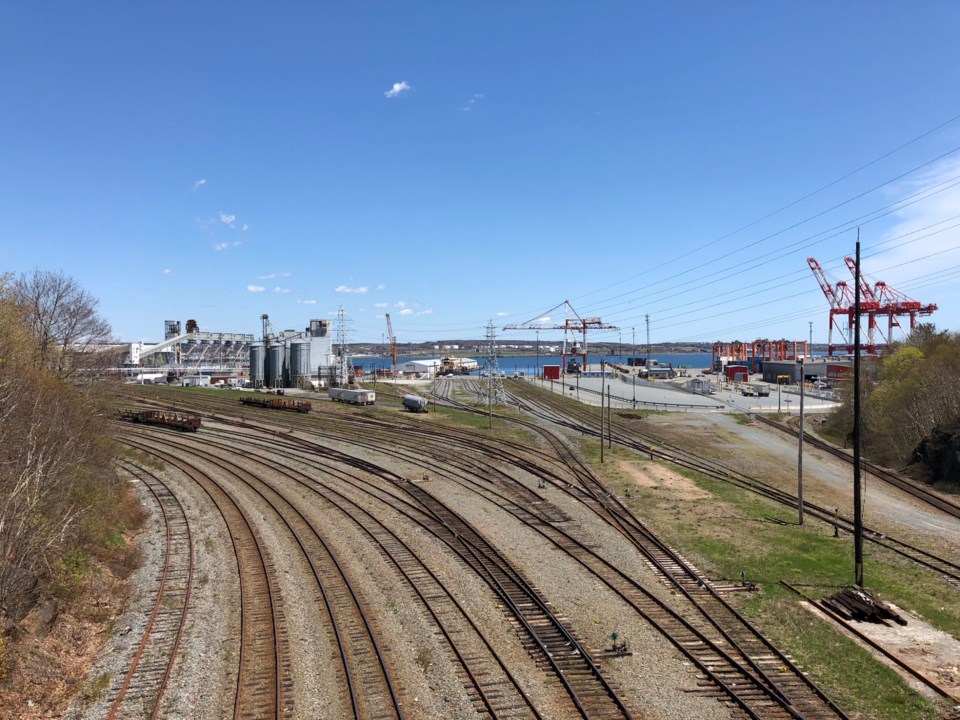 Blockades set up by anti-pipeline protesters have forced Canadian National Railway Co. to shut down its entire network in Eastern Canada and Via Rail to cancel passenger service across the country.

CN said Thursday that the company must initiate a "disciplined and progressive" shutdown in the East and stop and safely secure all transcontinental trains across its Canadian network.

"There will be additional updates and information as the situation develops," he said in an emailed statement to HalifaxToday.ca.

Via Rail said it has no other option but to cancel all its services on CN tracks in Canada. There were no more departures as of 4 p.m. eastern and all trains en route were brought to the closest major train station.

"We understand the impact this unfortunate situation has on our passengers and regret the significant inconvenience this is causing to their travel plans," Via said in a news release.

The company said it has sought and obtained court orders and requested the assistance of enforcement agencies for the blockades in Ontario, Manitoba and British Columbia.

It said while the blockades have been dismantled in Manitoba and may be ending imminently in B.C., the court order in Ontario has yet to be enforced and continues to be ignored.

Protesters across Canada have said they're acting in solidarity with those opposed to the construction of the Coastal GasLink pipeline, which would cross the traditional territories of the Wet'suwet'en First Nation in northern B.C.

CN said it has tried to adjust its operations to serve customers, but it is now left with the only remaining responsible option: progressively shutting down eastern Canadian operations.

"With over 400 trains cancelled during the last week and new protests that emerged at strategic locations on our mainline, we have decided that a progressive shutdown of our eastern Canadian operations is the responsible approach to take for the safety of our employees and the protesters," said JJ Ruest, president and chief executive officer, in a news release.

"This situation is regrettable for its impact on the economy and on our railroaders as these protests are unrelated to CN's activities, and beyond our control. Our shutdown will be progressive and methodical to ensure that we are well set up for recovery, which will come when the illegal blockades end completely."

He said while Via service will be discontinued across CN's network, commuter rail services such as Metrolinx and Exo can keep operating as long as they do so safely.

The federal and B.C. governments are setting up meetings with Indigenous leaders in an effort to halt the rail blockades that have choked Canada's economy.

Premier John Horgan said in a letter that Gitxsan Chief Norman Stephens proposed a meeting of Gitxsan and Wet'suwet'en hereditary chiefs to discuss a blockade near New Hazelton, B.C.

Horgan said he understood that if his government and the Canadian government agreed to a meeting, then the blockade would be removed to allow for a period of peaceful calm and dialogue.

Marc Miller, the federal Indigenous services minister, also sent a letter to three Indigenous leaders in Ontario on Thursday suggesting a meeting to discuss a blockade near Belleville, Ont.

"My request, that I ask you kindly to consider, is to discontinue the protest and barricade of the train tracks as soon as practicable. As you well know, this is a highly volatile situation and the safety of all involved is of the utmost importance to me," Miller said in the email posted publicly on Thursday.

Tyendinaga Mohawk Chief Donald Maracle, one of the three recipients, said he expects the meeting will proceed but he can't comment on Miller's request to end the blockade because it wasn't initiated by his council.

In Manitoba, protesters dismantled a blockade on an east-west Canadian National Railway line due to a court injunction but insisted that there would be more action to come.

Protesters in B.C. continued to demonstrate against the provincial government on Thursday, days after hundreds of people blocked the entrances to the B.C. legislature and chanted "Shame."

The head of the province's civil service also sent an email to employees warning that another protest may occur on Friday.

Don Wright wrote that staff may have heard protesters are planning to "shut down" as many ministries as possible.

"Please ensure that your safety and that of your colleagues is your first priority," he said. "We will not ask public servants to put themselves into any situation where they do not feel safe."

This report by The Canadian Press was first published Feb. 13, 2020.