All players will be required to attend a safe-tackling seminar before taking the field
Sep 17, 2019 3:55 PM By: Canadian Press 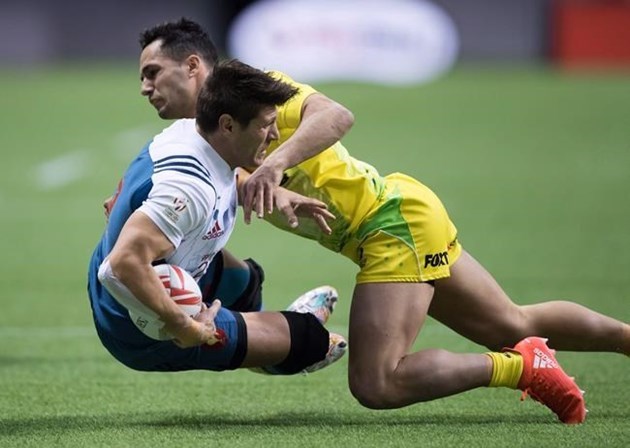 HALIFAX — Rugby is again being approved by the administrative body for high school sports in Nova Scotia after the organization instituted a short-lived ban last spring over safety concerns.

Stephen Gallant, executive director of the Nova Scotia School Athletic Federation, said the board of directors voted Friday to reinstate rugby as a sanctioned sport with some changes aimed at making the game safer.

"We've addressed the issues the board, principals and schools had regarding high school rugby, and so we are very optimistic that we've made some positive changes, and we're excited to have it back," Gallant said.

The federation abruptly cancelled the rugby season in April but received significant resistance from players, officials and some doctors, who questioned the insurance data used to justify the move.

The sport was reinstated in May after Education Minister Zach Churchill intervened, although it was overseen for the remainder of the high school season by Rugby Nova Scotia.

Gallant said the federation worked with Rugby Nova Scotia over the summer to implement changes that include requiring all players to attend a safe-tackling seminar before taking the field.

Other changes include requiring a health professional to be on the sidelines at games, reducing the number of games next spring from to 12 from 16 and requiring students to be in Grade 10 before they are allowed to play.

Gallant said the previous practice of allowing students who were in Grade 9 to compete with more mature players in higher grades was seen as a problem by both schools and Rugby Canada, because for most players in the province their first introduction to the game is at the high school level.

"What we did was introduce junior high flag rugby so they can learn the rules of the game . . . so that when they get to high school the coaches can concentrate more on the tackling and safety issues as opposed to trying to get kids to know the rules without having touched on the safety parts."

"The more we can teach them at a younger age, the better it will be and the more positive it will be," he said.

The game itself will also see some technical changes, with players instructed to tackle slightly lower at waist level instead of mid-chest, and a ban on the use of a stiff arm by players to an opponent's head, neck and shoulders.

Hanratty said changes were necessary at the high school level.

"Concerns were brought to the table which allowed us to do some research and then have a full conversation with the NSSAF and a debate on ways of making the game safer," said Hanratty. "Now the NSSAF are backing this (rugby), and it will be a partnership with us and them."

Meanwhile, the province has not yet released the findings of a 17-member inter-school sport safety review panel that was struck shortly after rugby was reinstated by the education minister.

The panel — made up of representatives from provincial and national sport organizations and government — reviewed practices and policies in coaching and training, along with protocols for preventing injuries.