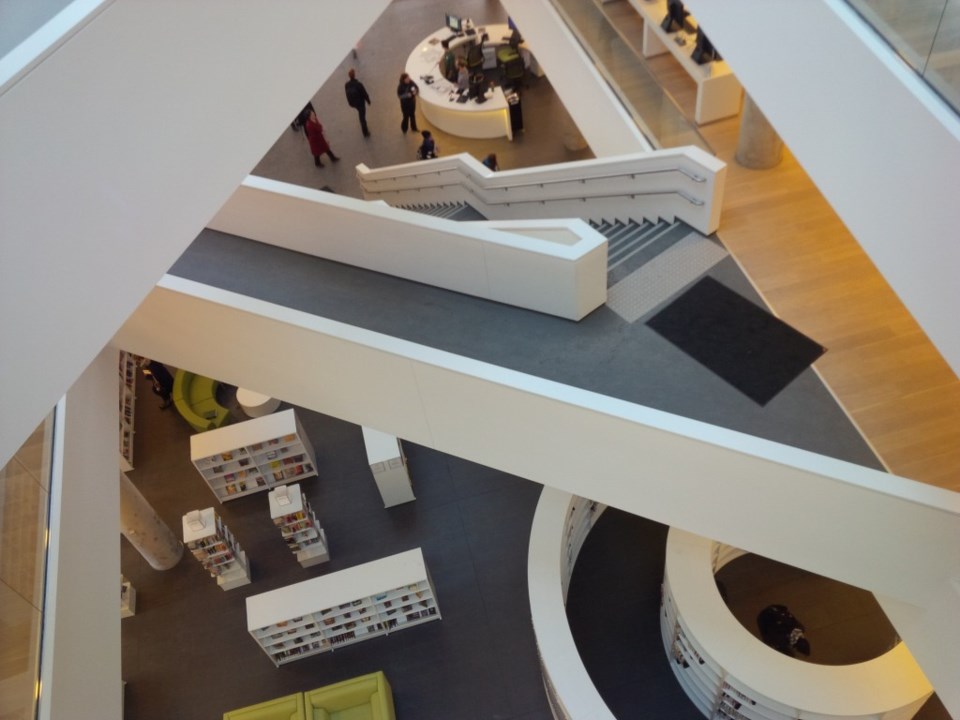 The Halifax Central Library turns five years old on Saturday, and celebrations are planned all day to help mark the occasion.

Officially opening in 2014, the library on Spring Garden Road has become a hub of activities that go beyond the borrowing of books.

CEO and chief librarian for Halifax Public Libraries, Asa Kachan, says the building has helped change the public perception of the usefulness of libraries.

"People were saying, 'in the age of Google, do we need public libraries? Should we be investing in public libraries?'" says Kachan.  "Halifax certainly -- and all levels of government in this particular project -- stepped towards it and said 'absolutely we have a vision for what this public library can be.'"

"There were still people in the weeks ahead questioning 'will people go, will it be relevant to the community,' that concern, that dissipated the day the doors opened."

The building has won awards for its layout and architecture, known especially for its criss-crossing staircases reminiscent of the wizard school Hogwarts from Harry Potter.

But the beauty of the library lies mainly in its assortment of programming and available public infrastructure. This includes dance classes, two recording booths, movie screenings, and cooking classes.

On the subject of food, Kachan says the library is working closely with the Halifax Food Policy Alliance to help fight food insecurity.

"Initially we used to offer snacks at an after-school program because we noticed a number of the kids would come hungry, so that was a little bit of where our food work started to happen," Kachan tells HalifaxToday.ca. "And then over time, we've realized that food actually bridges social divide in our community, if there's food available everybody's mood improves."

The library isn't only a community gathering place to relax and hang out, but also a spot to drive important social matters. Kachan is pleased they offer a platform to discuss difficult topics such as inequality and oppression, sexism and racism.

The sharing of knowledge and the building of community across barriers are two of the main ideas that libraries have to offer visitors in the digital age. Kachan is adamant that libraries will be vital to inviting dialogue on various topics.

"It is so important for us to talk about things that are difficult, and tackle issues, and respect one another's perspective," she says. "Libraries really are that democratic place where those things can happen."

Libraries continue to offer books and checkout services, but the Halifax Central Library has so much more to offer. From a community hub, to a skill-building haven, and indeed to a cache of knowledge, libraries don't seem to be losing their importance in society and hopefully won't for years to come.

Celebrations for the library's fifth birthday begin at 12:30 p.m. Saturday with cake. There will also be free workshops and pop-ups well into the afternoon.

Halifax Central Library By the Numbers