Canadians soon won't be able to use some older bills, but before you rush to spend them, check their value says appraiser 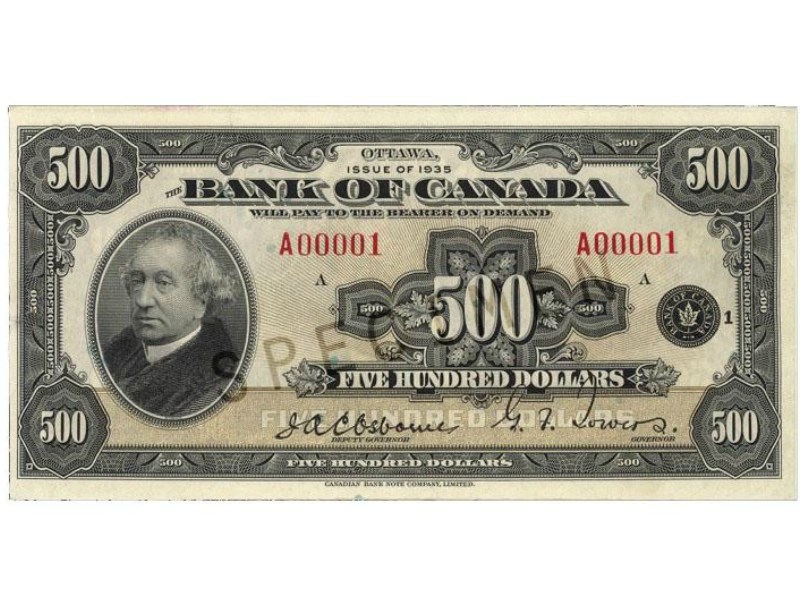 If you have one of these, we have some very good news for you (Photo courtesy of Bank of Canada)

Canadian are used to paying for their morning coffees with pocket change, but before we had those loonies and toonies, there were $1 and $2 bills.

This means Canadians won't be able to use those bills to buy things.

"Most Canadians will not be affected because the bank notes targeted by this announcement have not been produced in decades and are rarely used in transactions," said the Bank of Canada news release.

The $25 was issued to commemorate the silver jubilee of King George V. Both it and the $500 note were discontinued shortly after they were issued in 1935.

One thousand dollar notes stopped being made in 2000 as part of the fight against money laundering and organized crime.

The Bank of Canada says as of 2021, those bills will still retain their value and can be redeemed at a financial institution, but the owner of one coin shop in Halifax says it's possible those bills could be worth a lot more.

"A lot of these things have collector value over the face value and our company appraises these things professionally based on market conditions, catalogues, option prices ... we recommend they should be checked with a dealer before running to the bank," explained owner of Citadel Coins, Gerard Feehan.

He told NEWS 95.7's The Sheldon MacLeod Show, any coin shop in Canada would be happy to buy $1s and $2s, but if they're not mint, they may only be worth face value.

As for the $1,000, Feehan said the value depends on which issue you have of the bank note, along with its condition.

"Some of these thousands can be high premium, but some are just the face value, I want to be clear about that," he said. "But we can assess that."

He said the value of a mint condition $25 could reach the high thousands.

"One in poor condition, so it's folded, soiled, dirty, it can have pinholes and writing, even one that was ripped in half, I know we could probably pay in the high 100s for one that was taped together," he said. "So don't ever redeem any of the $25 bank notes."

"And as far as the $500 goes, you definitely should go do a dealer because they start in the 60-thousand range."