Production was down in every syrup producing province this year except for Nova Scotia and Ontario
Dec 22, 2018 2:20 PM By: Danielle McCreadie 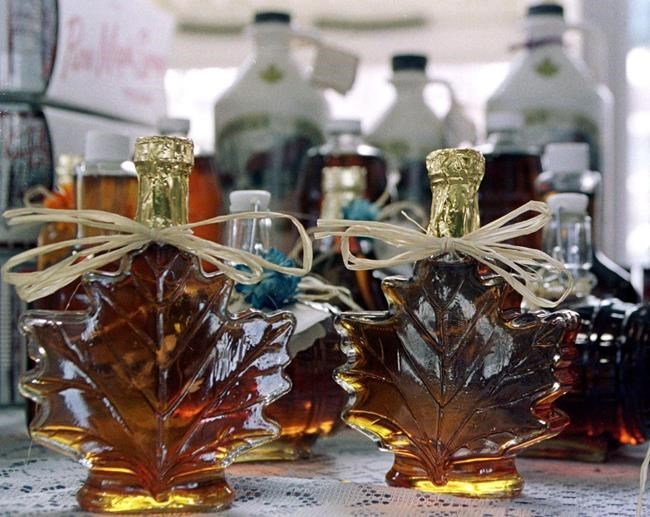 Production was down this year in ever syrup producing province except for Nova Scotia and Ontario.

Production was down this year in ever syrup producing province except for Nova Scotia and Ontario, which saw their output rise 9.4 per cent to 2.1 million litres, the most they've since 2011.

Quebec—which produces about 72 per cent of the world's maple syrup—produced 40.4 million litres, down 22.4 per cent from 2017 due to unusually late snow and cold. New Brunswick's output also fell 34.5 per cent to 1.6 million litres.

Kevin McCormick, the director of the Maple Producers Association of Nova Scotia, says weather is everything.

"Production is almost exclusively related to the weather," he told HalifaxToday.ca.

Traditionally, he explained, ideal maple production was based on "cold, frosty nights and warm, sunny days," but with newer technologies, sap can be drawn more often, as long as the trees don't bud.

"As long as it freezes once in a while in the evenings," he said.

The 2018 season ended up being longer than normal for many producers in Nova Scotia, with the earliest production beginning mid-February and the latest beginning in late April, thanks to peak weather conditions.

McCormick says that despite the decrease in production in Quebec, there is still plenty of syrup on the world market thanks to strategic reserves held by the Federation of Quebec Maple Syrup Producers. The reserve was tapped into this year to avoid price swings or supply shortages.

"Most other production areas had above average crops, so there is lots of syrup on the market and lots of syrup to meet the demands," he said.  "Here in Nova Scotia I think that most producers are happy with what they had as far as the season goes, but also happy with their sales."

He says producers expect to see little to no carry over of product into next season.

The total value of Canadian maple products has decreased 22 per cent to $384.4 million, with the price of syrup remaining relatively unchanged at $39.24 per gallon.

McCormick thinks this is due to supply and demand.

"The markets are still growing, the growth of sales is increasing yearly but maybe not as strong as it has in the past,' he said.

He hopes the growth will come with increased consumer awareness around the health benefits of maple syrup.

His goal for the new year is to educate Nova Scotian producers on new technologies available. He says increasing production without increasing taps is the key for the industry's success.

"Like all commodities you need to be efficient and modern in your practices."