The Ecology Action Centre is calling on countries across the globe to follow Canada's lead toward protecting mako shark populations before it's too late
Oct 20, 2020 4:45 PM By: Katie Hartai 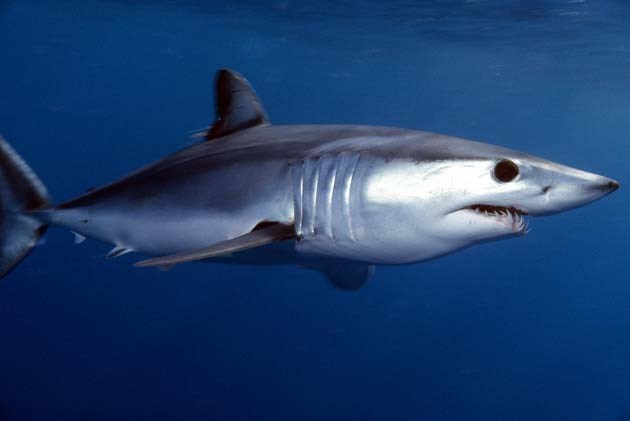 Earlier this year, the federal government announced it was banning the retention of endangered shortfin mako sharks in Atlantic fisheries to help the species recover.

Shannon Arnold is senior marine program coordinator at the Ecology Action Centre and says even if no more mako sharks were fished, it would take about 50 years for their population to recover.

According to Arnold, makos are a bycatch, but they also are still being fished intentionally.

"There is a huge amount of bycatch from the Spanish fleet, they are the biggest catcher and Portuguese, and some from Morocco," she says. "But you also have parts of those fleets who are going out there and targeting mako sharks because they are quite valuable for their meat and fins."

When ICCAT met last year, Canada joined 15 other countries in urging international adoption of a ban on mako retention, in addition to other measures. The idea was largely blocked by the European Union and the United States.

This year's ICCAT meeting is now underway and Canada has submitted an official proposal to put a stop to the retention of the shortfin mako, but counter-proposals have already been submitted by the E.U. and U.S.

Arnold says the Ecology Action Centre is calling on all ICCAT members to support the urgently needed proposal in the coming weeks.

"We are really pleased Canada has stepped up to champion this and take this forward even though we know this is a hard year for negotiations," she says. "We hope the European Union and U.S. will get on board with this."

Mako sharks spend their summers in the waters surrounding Nova Scotia and head south for the winter. Arnold describes their appearance as small great white sharks and says they are the fastest shark species in the ocean, swimming up to 35 km an hour.

Arnold says mako sharks play an important role in the ocean as predators, and without them, the ecosystem is out of balance.

How Alberta’s Covid-19 control crashed and burned
Nov 26, 2020 5:00 AM
Comments
We welcome your feedback and encourage you to share your thoughts. We ask that you be respectful of others and their points of view, refrain from personal attacks and stay on topic. To learn about our commenting policies and how we moderate, please read our Community Guidelines.