Canada must not use immunity passports

Dalhousie bioethicist and Harvard researcher call for document to not be used
May 22, 2020 5:54 AM By: Matt Brand 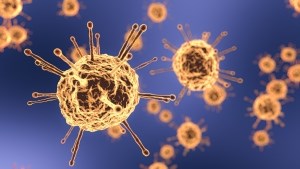 To date during the COVID-19 pandemic in Canada, the federal government has said it will not use immunity passports.

This plan must remain in place going forward, according to Francoise Baylis, a bioethicist from Dalhousie University.

Together, Baylis and Natalie Kofler, a molecular biologist and lecturer at the Center for Bioethics at Harvard, wrote an opinion piece regarding immunity passports.

An immunity passport, or immunity card, is a type of document that would be given to people who have survived COVID-19 and test positive for antibodies.

If people are deemed immune, they could go back to work and carry out regular activities like social interactions.

There could be a societal divide between the haves and have nots.

“Entrenching, a new form of discrimination that you would sort of layer over all of the current systemic problems that we have,” says Baylis.

For example, she argues essential workers would be the first ones to get the necessary testing, with wealthy people next, and gig workers, under-employed and unemployed pulling up the rear.

She also says people may try to expose themselves to the virus to get the passport, or they may try to falsify documents, which could lead to a potential public health risk.

Beyond that, she says there’s a potential for increased scrutiny of racialized groups, plus we could lose some of our privacy rights due to the government tracking us through the apps attached to the passports.

She does say a vaccine would change her mind about some of the issues of an immunity passport, but any vaccine would have to be free and available to everyone in a timely fashion.