'Much of Nova Scotia has been impacted by human settlement, and there are very few large natural areas remaining,' says Chris Miller of CPAWS
Oct 20, 2020 10:41 AM By: Katie Hartai 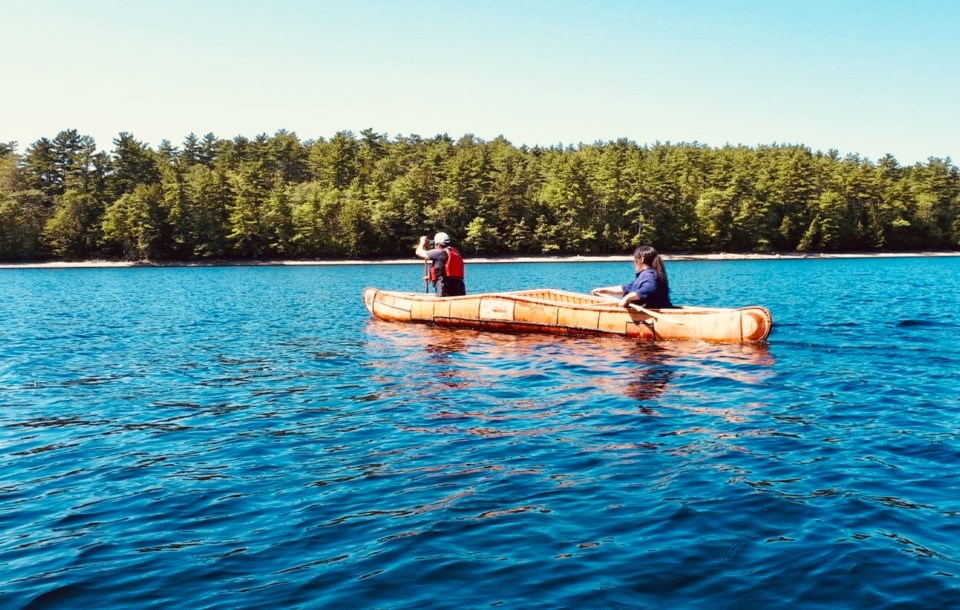 Indigenous activists and conservation groups say Nova Scotia needs to set a higher target for land protection as it comes close to reaching its 13 per cent goal.

Last week the provincial government announced the protection of 10 more pieces of land, including two that have historical significance to the Mi'kmaq.

The completion of these designations brings the province's total protected land to about 12.83 per cent, which can't be used for industrial activities like clearcutting, road-building, open-pit mining, or development.

Outside the cabinet room on Thursday, Minister of Environment Gordon Wilson wouldn't commit to setting a new target.

"My mandate is very clear, to the 13 per cent under the current guidelines we have to follow," he told reporters. "The next 0.14 per cent, even though it seems like a small amount, the more you close in on your goal the tougher the decisions are going to be."

Melissa Labrador is a Mi'kmaw woman who helped lead efforts contributing to the recent protection of the McGowan Lake area and the Pleasant River area which were inhabited by Mi'kmaw people for thousands of years. The sites will be renamed Katewe’katik and Pu’tlaqne’katik.

"In the beginning the 13 per cent was a great goal, but the more I learn and share, the more I realize that's not where we should stop," she says. "We definitely need to increase that number to allow for more Indigenous-led conservation but also to create more protected spaces for all of Nova Scotia and the people here."

"You're not only sharing traditional knowledge with others, but you're also reclaiming who you are," she says. "Our landscape gave our ancestors their identities. Our surroundings designed who we were as Mi'kmaw people and it's so important that we are connected with all of that."

Labrador's family has generational ties to Katewe'katik, and describes a spiritual value to being on traditional territory.

"When you are there, it just has a feeling about it. For myself, that connection to my people, my ancestors is very strong," she says. "It is a place that is full of life and energy."

The Nova Scotia Chapter of the Canadian Parks and Wilderness Society (CPAWS) collaborated with Labrador to identify what areas of Katewe’katik and Pu’tlaqne’katik should be protected.

Chris Miller is the group's executive director and says the province needs to make more space for Indigenous-led conservation in the spirit of reconciliation, but also to sustain the health of the planet for everyone.

"The Nova Scotia government may be trying to get to 13 per cent and think that is the end of it, but that's not supported by the best science and certainly a lot more protection is needed," he says.

The Government of Canada has committed to protecting 25 per cent of its lands and oceans by 2025 and 30 per cent by 2030, which is in line with what the United Nations says is necessary to ensure the viability of ecosystems and human well-being.

"Much of Nova Scotia has been impacted by human settlement, and there are very few large natural areas remaining," he says. "It's extremely important that we protect the best of what is left."

CPAWS is calling on the province to begin by protecting all of the properties outlined in Nova Scotia’s 2013 Parks and Protected Areas Plan - including Owl's Head Provincial Park which was secretly delisted from the plan in late 2019.

Miller says there are still about 200 sites identified in the plan that are pending protection.