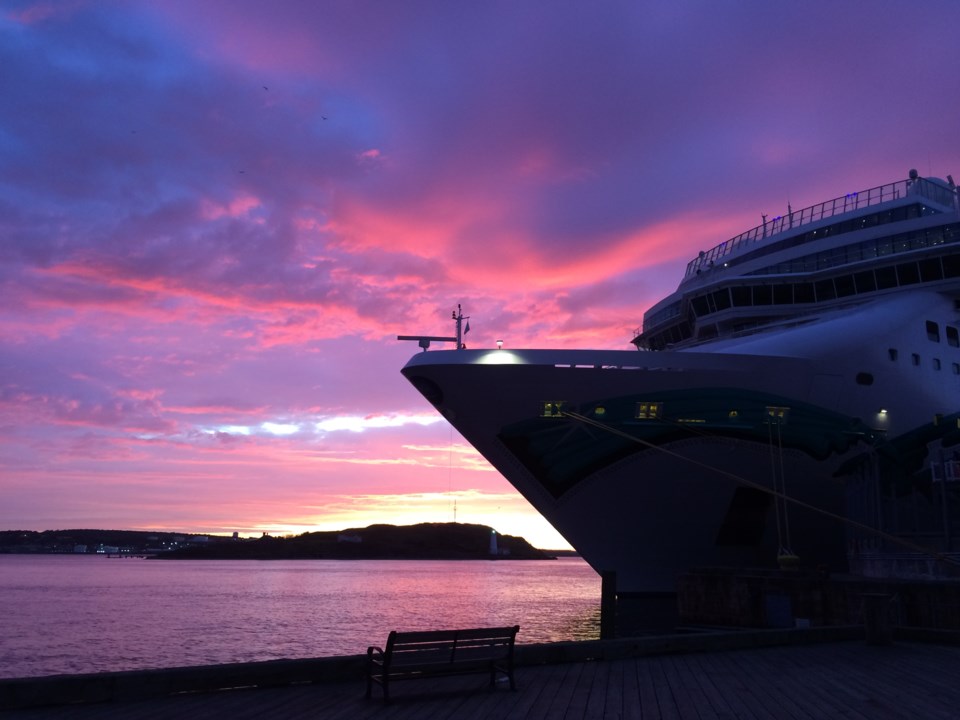 A cruise ship docked along the Halifax waterfront at sunrise (Meghan Groff/HalifaxToday.ca)

"Our preliminary estimates right now are that we received 174 vessel calls carrying somewhere around 274,000 passengers," he said.

Farguson said if those numbers stand, that would be about a 28 per cent increase in ships and an approximate 15 per cent bump up in cruise guests.

He said Nova Scotia is quickly developing a reputation as being a tourist-friendly destination, including Halifax.

"We've got an excellent boardwalk that's very walkable and some really good attractions that are within walking distance from the Cruise Pavilion down here at the seaport, and also within that hour and a half driving range," he explained. "Which gives the guests enough time to disembark from the vessel, give them the experience they're looking for, then get back in time to sail off to the next destination."

Farguson said autumn continues to be the most popular time to visit, which gives tourists a chance to enjoy the changing leaves and mild weather.

"The fall colour change this year was a little bit delayed, it took place during our busiest time of the cruise season, and the weather has been absolutely tremendous."

He added there were some storm-related changes to the schedule, which every year results getting some extra ships, and missing out on others, but overall we ended up with one additional call over the course of the 2017 season than originally expected.