Recent lane reductions and closures on the harbour bridges are just a taste of what's to come
0
Nov 7, 2019 10:58 AM By: Meghan Groff 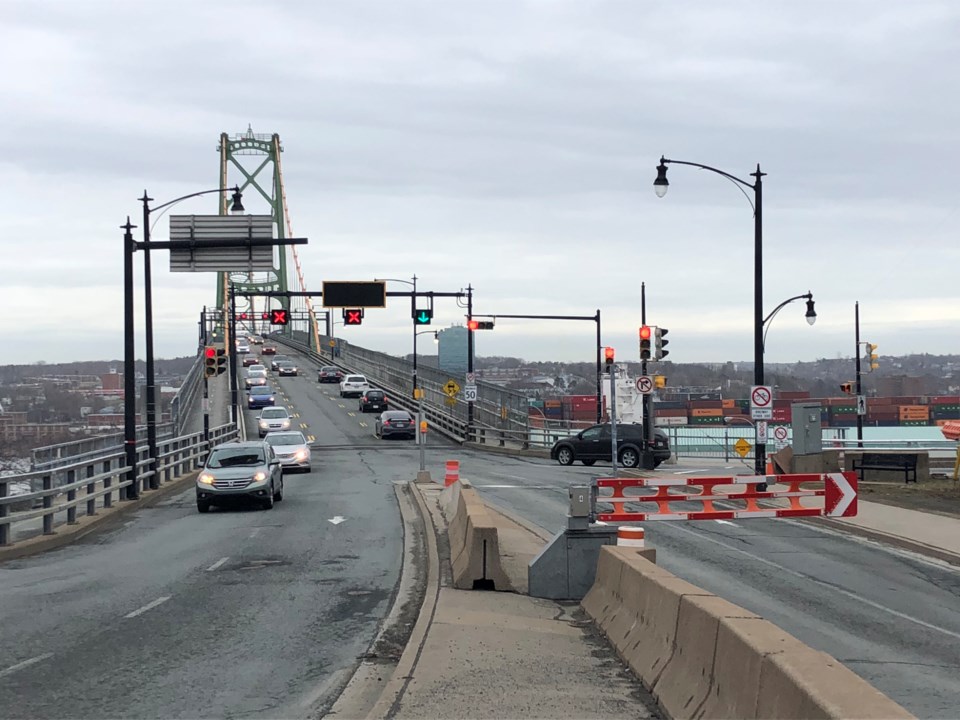 Recent lane reductions and closures on the harbour bridges are just a taste of what's to come.

Halifax Harbour Bridges CEO Steve Snider says, as the bridges age, more work will need to be done on both spans.

The Macdonald Bridge is now 65 years old, the MacKay is almost 50. Snider says there are 34 million crossings a year, up 6 million in 25 years, which is causing more wear and tear.

"We're replacing bearings on the Macdonald Bridge that are 60 years old," he tells NEWS 95.7's The Rick Howe Show. "In the last 15 years, we've been doing a lot of restorative work on our concrete piers on the two bridges. Now most of that work is under the deck and out of the way, but there is work that has to occur on the road deck."

That includes work on the aging expansion joints, which are 25 to 40 years old, and allow for expansion and contraction. Snider says the work requires the closure of 3 to 4 lanes.

"We need to maintain it, if we don't people will be getting flat tires, the bridge won't move as it should and we put it at risk."

HHB tries to schedule most of the work on evenings and weekends when traffic volumes are down, which sometimes means paying crews a premium.

Snider adds, for now, he doesn't expect an increase in tolls, but it's always a possibility down the road.