Black battalion heirs asking for apology from the government 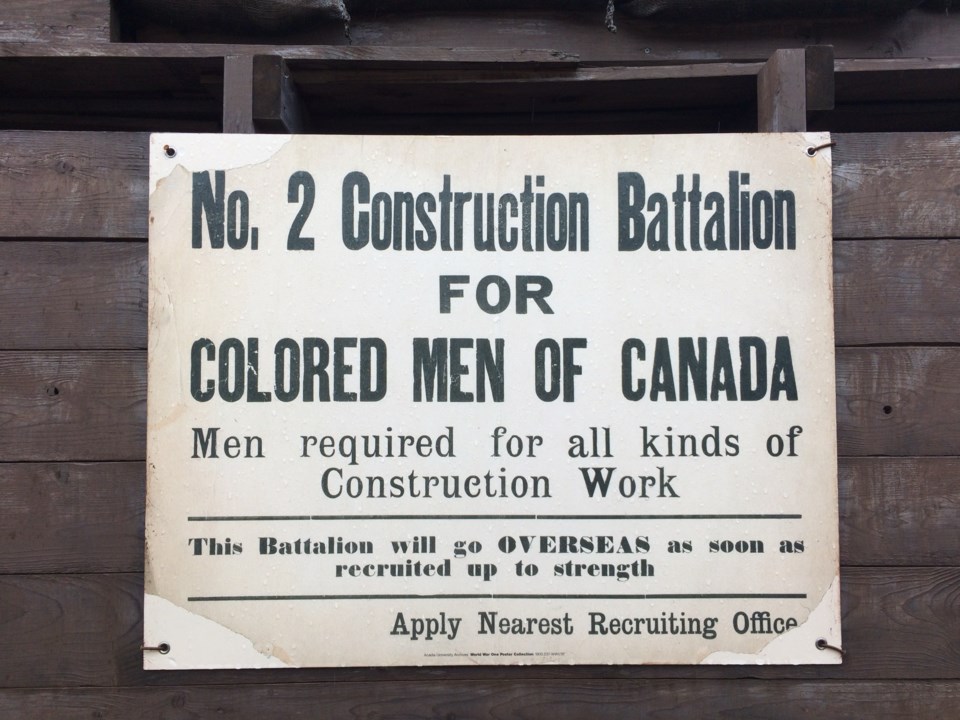 A copy of the recruitment poster for the No. 2 Construction Battalion hanging at the Halifax Citadel National Historic Site (Meghan Groff/HalifaxToday.ca)

George Borden is calling on the federal government to apologize for the treatment of the No. 2 Construction "Black Battalion" during WW1. The group of over 600 black men faced harsh and unfair support, he says.

During their two year deployment in the dense forests of southeastern France, the soldiers lacked medical attention and a lack of supplies, including food, equipment, and much needed winter gear. Many died from various diseases and the harsh winter conditions.

Borden has some idea of why the support was so lacking.

"Because they were black."

"It's something that's never been addressed publicly, and I think we deserve an apology because it happened and it wasn't right," said Borden, a poet and historian for the battalion, and former Canadian Air Force member.

The labour battalion was formed in 1916 as a compromise to allow black men to fight in the war. Headquartered in Pictou, Nova Scotia, the battalion was made up of African Canadians — mostly Nova Scotians — but their officers were all white men.

"There weren't any black officers already in the army, and besides that, they didn't want the soldiers to be led by black leaders," said Borden.

Borden says since they've asked for the apology, the descendants of the white officers have shown their support.

The anniversary of the formation of the battalion was held in Pictou in 2016. Borden says people were talking about an apology then, and are still talking about it now.

He says the battalion was "essential." Their laborious tasks included chopping down wood to make railway ties, and building infrastructure such as trenches and water supplies.

"They did all of those support services."