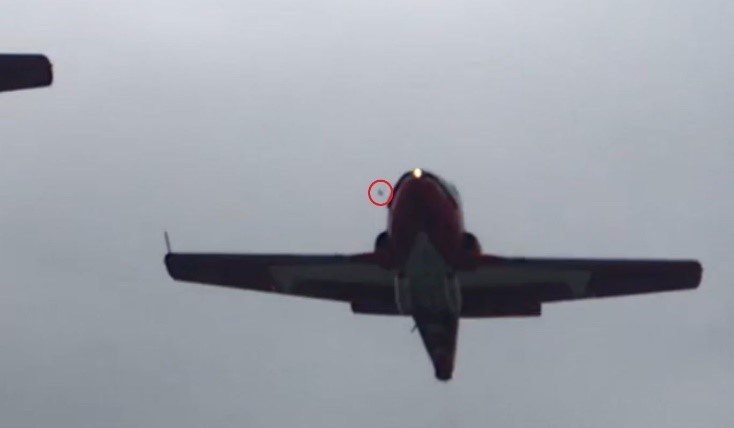 OTTAWA — Military investigators are pointing to video footage as the reason they suspect a bird strike was been responsible for last month's deadly Snowbird plane crash in British Columbia.

The crash was May 18, shortly after two of the Snowbirds' iconic Tutor jets took off from the Kamloops Airport while participating in a cross-country tour aimed at boosting Canadians' morale during the COVID-19 pandemic.

Video posted to social media shortly after the crash showed one of the planes climbing a few seconds after leaving the runway before rolling over in the air and plummeting into a residential neighbourhood.

The crash killed Capt. Jenn Casey, the Snowbirds' public-affairs officer who was riding as a passenger, while the pilot, Capt. Richard MacDougall, sustained serious but non-life-threatening injuries. Both ejected from the plane seconds before it hit the ground.

No one on the ground was seriously hurt.

In a preliminary report released Monday, investigators confirmed that a close examination of video showed a bird very close to the plane's right engine intake "during the critical phase of take-off."

"The investigation is focusing on environmental factors (birdstrike) as well as the performance of the escape system," the reported added.

The crash was the second for the Snowbirds since October, after another one of the aerobatic team's Tutor jets went down during an airshow in the U.S. state of Georgia. That had prompted questions about the safety of the Tutors, which are 57 years old.

But the preliminary investigation report appears to confirm the suspicions of former air force officers that a bird was likely to blame for the crash in Kamloops, which came only a few weeks after a military helicopter went down off the coast of Greece.

Six people died in that crash.

The Snowbirds remain temporarily grounded while the cross-country tour, nicknamed Operation Inspiration, has been suspended.

"While we might quickly understand what happened in an accident, the most difficult work of an investigation begins as we peel back the layers to understand why and how this happened," said Col. John Alexander, director of flight safety.

"We are laser-focused to understanding everything we can about the accident so we can recommend effective preventative measures to help reduce the risk of future occurrences."