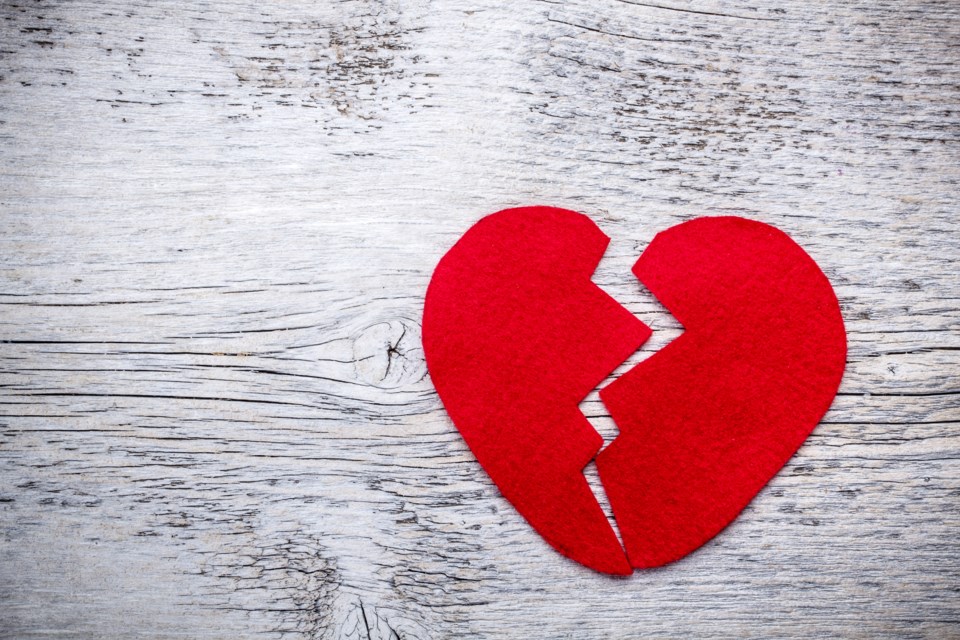 It's supposed to be the most romantic day of the year, but that's not the case for everyone.

One Dalhousie University professor says February 14 can be a risky day for relationships.

According to clinical psychologist Dr. Simon Sherry, statistics out of the United States show 7 per cent of people have ended a partnership just before, during or after Valentine's Day.

"Valentine's Day, in many ways, is break-up season," he says.

"It looks like if your relationship is rock solid, stable and positive, you've got nothing to worry about, however it seems already-weakened relationships are susceptible to breaking up."

There are a number of reasons for that, including monetary. In 2011, the average American reported spending $70 on their loved one for Valentine's Day, and that figure has likely gone up in 9 years.

"If you're in a poor quality relationship, you may not want to invest additional money in that relationship," Sherry tells NEWS 95.7's Todd Veinotte.

This is also a time of year when people take time to reflect on where they're at in their current relationship.

But Sherry points to what he calls "upward social comparison" as a big relationship killer.

"Those are the comparisons that happen when you're scrolling through Facebook, Instagram and the like, and you see other people with their seemingly fabulous relationships celebrating this ideal form of love," Sherry explains. "And you just take a look at your own relationship if it's already weak and think, 'This may not be worth continuing.'"

Social media has also contributed to the escalation of expecting a highly scripted public display of affection on Valentine's Day.

Sherry says if you're getting or giving one of those over-the-top expressions, you're likely in the early stages of dating.

"When you get a little bit older and have a few more miles in your relationship or marriage, you kind of start to suffer from a romantic energy depletion," he says. "You just don't have that same fire and passion to express yourself in those terms."

The commercialized holiday isn't for everybody, and Sherry says it's a good idea to have a conversation about expectations before Feb. 14 rolls around.

However that may mean you have to compromise and go out for an expensive dinner or buy flowers and a heart-shaped box of chocolate to appease your mate.

"That's how I'm handling it," he jokes. "I'm not going to try and stand up against the hurricane that is Valentine's Day. I'm going along with it."