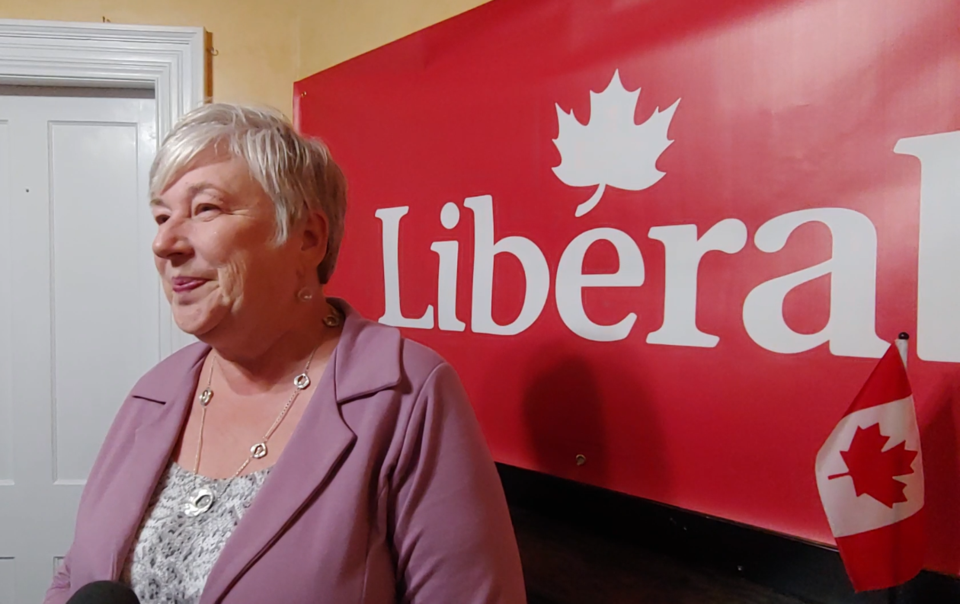 At her election night party, Jordan said her track record contributed to her win, but she gave a lot of credit for her victory to her team.

"We knocked on tens of thousands of doors, we made thousands of phone calls, we had hundreds of signs," she told reporters. "We were really out there and that's what paid off. It's the ground game."

Jordan was first elected as MP of the riding in 2015.

When she was appointed Minister of Rural Economic Development earlier this year, she became the first woman representing Nova Scotia in the federal cabinet.

She now becomes the only Liberal to be elected twice in her riding, but she said she can't take all the credit.

"It was a Progressive Conservative riding and the change in the Conservative Party, I think, has translated to some votes for us," she explained. "Plus, don't forget the boundaries changed in the last election as well, and we took over a big part of Geoff Regan's riding, so there's been quite a shift in a lot of different things."

The Conservative's Rick Perkins has 14,152 votes, the NDP's Jessika Hepburn has 8,029 and the Green Party's Thomas Trappenberg has 5,726.

Quick snippet from a media scrum with the re-elected Bernadette Jordan. She is looking forward to four more years in Ottawa, and resting after a long campaign. @NEWS957 #elxn43 #cdnpoli pic.twitter.com/iQj5hTfWM4