'We were quite disappointed when they said it would just be destroyed,' says the founder of Hope for Wildlife, Hope Swinimer
Jun 12, 2020 10:35 PM By: Katie Hartai 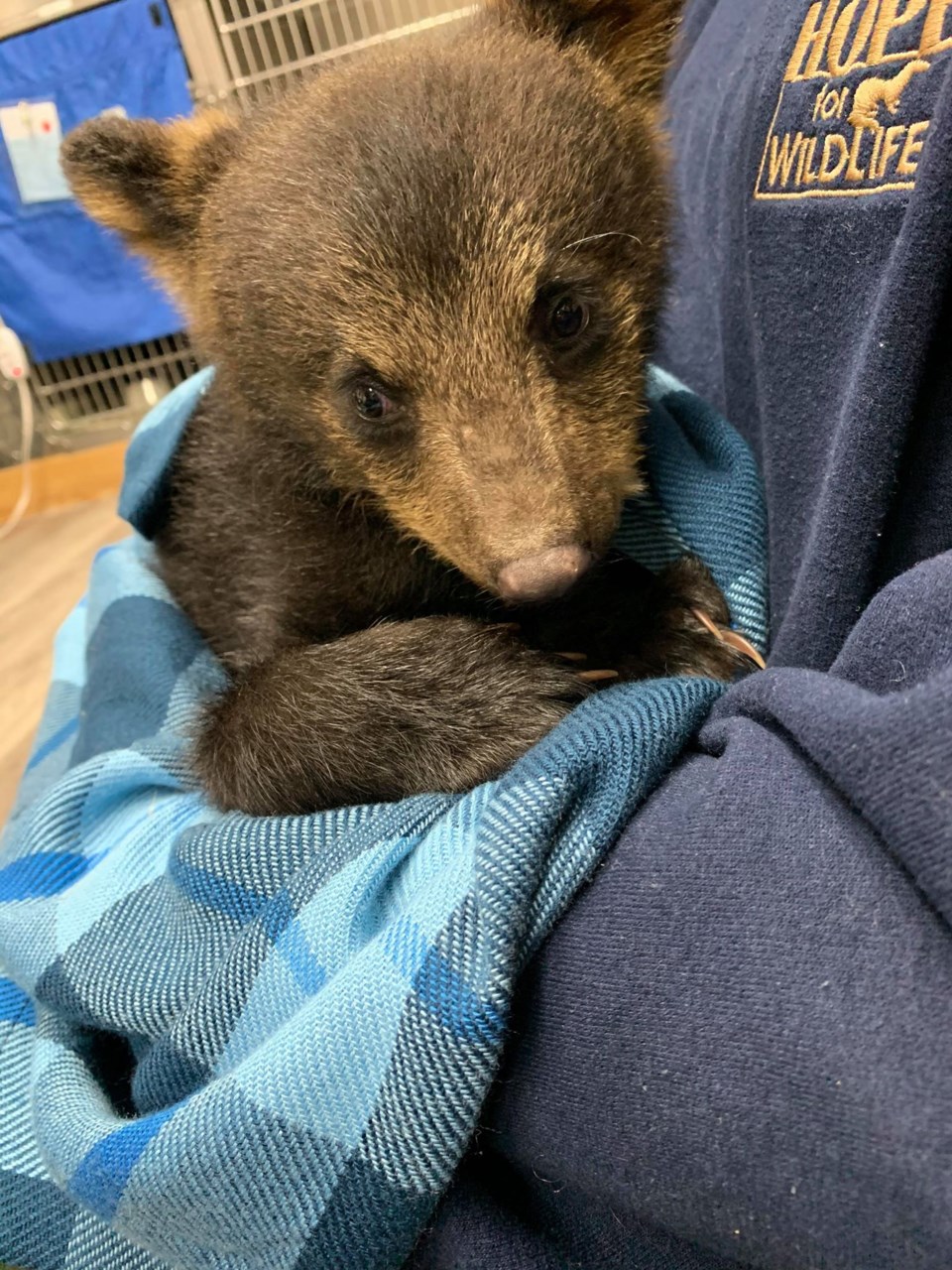 This black bear cub was brought to Hope for Wildlife, but later taken away by the Department of Lands and Forestry and euthanized (Photo: Submitted by Hope Swinimer).

The founder of a popular wildlife rehabilitation centre in Nova Scotia says the Department of Lands and Forestry's decision to euthanize a black bear cub sends a message to the public, that animals don't matter.

"Yes, it's an easy solution to destroy them, but just because it's easy doesn't mean it's right," says Hope for Wildlife's, Hope Swinimer.

Several weeks ago a black bear cub that was believed to have been orphaned arrived at the Seaforth facility. According to Swinimer, the cub was dehydrated and lethargic, but was otherwise healthy.

"We were quite disappointed when they said it would just be destroyed," she says. "I thought there could have been another outcome, but sadly there wasn't."

The Department of Lands and Forestry says the handling of bears can potentially be dangerous, and carries risk and uncertainty.

"Relocation of bears is not a viable option, as they will likely have the same issues elsewhere," spokesperson Lisa Jarrett says in an email to News 95.7. "With this in mind, and because Nova Scotia has a healthy and abundant bear population, there is no conservation rationale for rehabilitating bears in Nova Scotia."

Swinimer says she has been fighting for change on policies surrounding saving and reintroducing black bears into the wild in Nova Scotia for years. At one time she requested permission for an area of the centre to be for bears only.

"We are more than willing to step up to the plate and build whatever government says needs to be built," she says. "We could make a great black bear facility, I know we could."

According to Swinimer, rehabilitating black bears is completely doable, and she's confident her facility would have been able to successfully reintroduce the bear into the wild.

"Black bear is rehabilitated all over the world, and it's not as difficult as you would think," she says. "There are many bear rehabs who would chat about how easy it is and successful it can be."

Swinimer says rehabilitation helps teach scientists, medical teams, and conservationists about species and how to better and more comfortably live with them.

She suggests Nova Scotians who would similarly like to see policy change, reach out to their MLAs.

Hope for Wildlife has rescued, rehabilitated and released more than 50,000 wild animals in the last 25 years.