Be cautious, but not overly concerned about sharks says Dal researcher

A recent fatal shark attack in Maine may have some thinking twice about going into the water
Aug 4, 2020 1:09 PM By: Meghan Groff 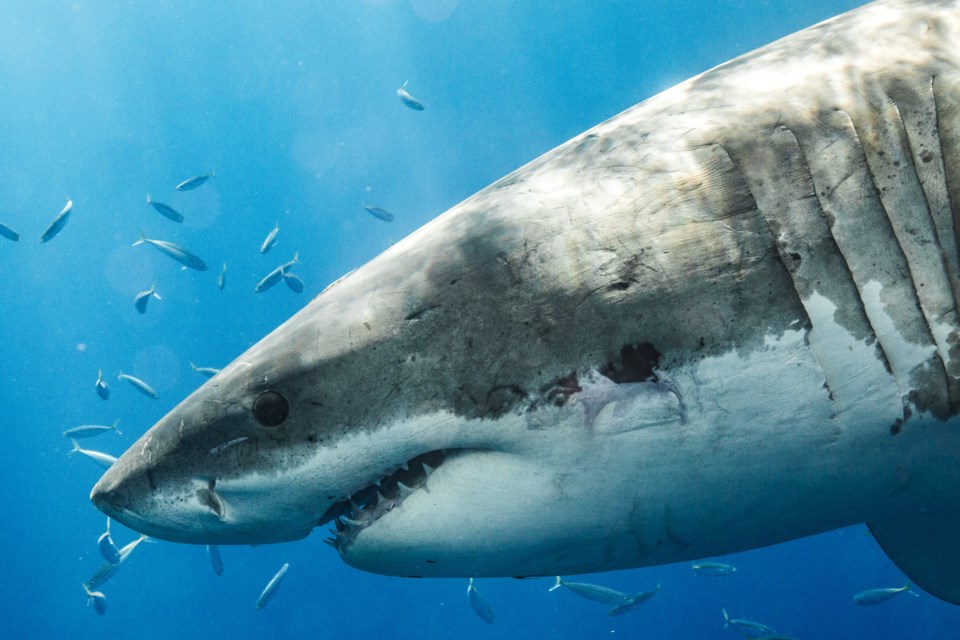 With the high expected to reach 30 degrees Tuesday, many Nova Scotians will be flocking to beaches.

However, a recent fatal shark attack in Maine may have some thinking twice about going into the water.

Julie Dimperio Holowach had been swimming off Bailey Island, near Portland, when the 63-year-old was killed by a great white shark last week.

"Many more people are dying of snake bites, or even pet tiger attacks in the United States, than we have dying of shark attacks," he said.

However, he said that doesn't mean you can't take steps to reduce the risk.

"For example, if you're swimming at a beach area where there happen to be seals close by, you want to get as far away from the seals as you possibly can, because that's the prime attractor," he explained.

"You probably don't want to go in the water at dawn or dusk, which is the peak of the hunting periods for these animals and they use that light to their advantage when the prey can't quite see them as they're coming up from below."

He also recommends avoiding splashing around because that may send a signal to a shark that there's prey in distress, and don't go in the water if you're bleeding.

Whoriskey said great whites are no strangers to Nova Scotian waters, but conservation efforts have resulted in a rebounding population for both the sharks and their favourite meal, seals.

"And the third thing that's probably contributing [to an increase in sharks] is our ocean is changing," he told NEWS 95.7's The Todd Veinotte Show. "We know that warming patterns are beginning to affect the areas around Halifax. We're getting warmer than we have been earlier and later in the season."

He said sharks are attracted to seals, not people, and the Maine incident was likely a case of mistaken identity.

"Be prudent in what you're doing but I would think anyone heading out to any of the provincial park beaches, like Crystal Crescent ... there's not a lot of seals around there and no reason the sharks would come in," Whoriskey added. "So enjoy your day and don't paralyze yourself worrying."