A nine-year-old boy with severe autism is scheduled to be released from a confined hospital unit at the IWK Thursday
Dec 7, 2017 1:59 PM By: Meghan Groff 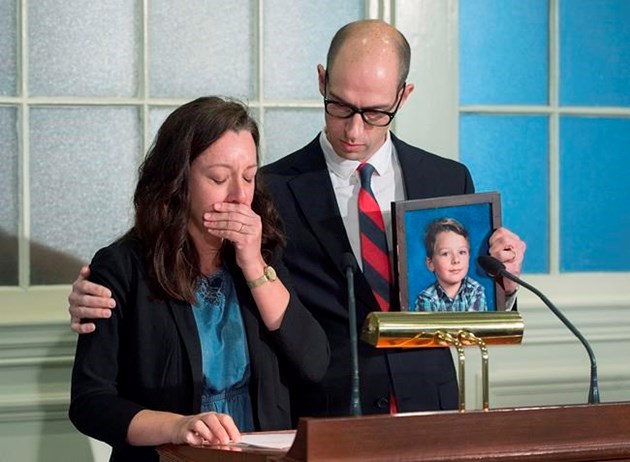 A nine-year-old boy with severe autism is scheduled to be released from a confined hospital unit at the IWK Thursday.

Ally Garber, a board member with Autism Nova Scotia, told NEWS 95.7's The Rick Howe Show Callum's parents have a plan in place, but that's only because of private support they've received.

Garber said Callum is non-speaking, and it's very frustrating for him to not be able to communicate. His only way to express himself is to lash out.

"It did unfortunately get quite violent, Carly had a broken nose, her husband John had a black eye," she explained. "Nobody blames Callum for this, it is a symptom of the lack of support that we provide autistic children and adults, we don't have enough preventative programming."

She believes this story has been a catalyst for a national conversation, and with so many credible experts in Canada, she hopes the Trudeau government is listening.

"I really feel like if the federal government were to harness that, we could be global leaders in supports and resources for autism."

She said it's been devastating to see Callum in crisis, and his case is not an isolated incident.

"He's not alone unfortunately, we can do better."

Listen to Rick Howe's conversation with Ally Garber, a board member with Autism Nova Scotia: