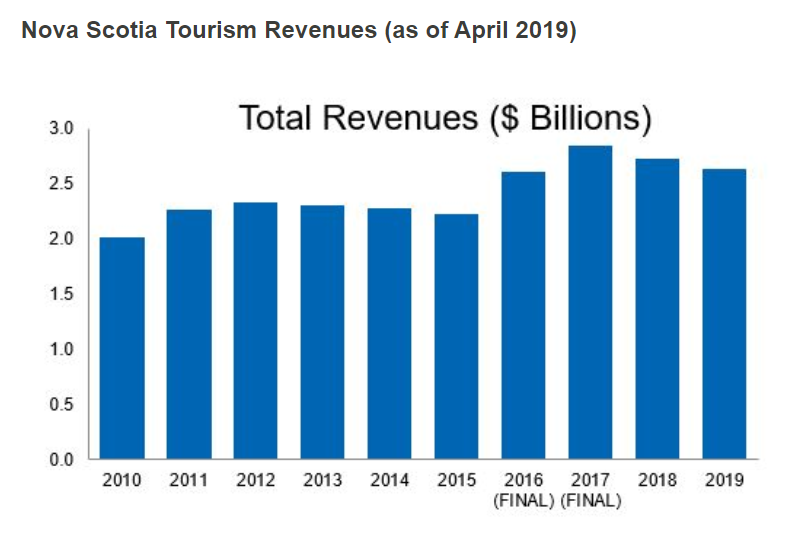 Premiers in Atlantic Canada are exploring ways to salvage some of the summer tourism season.

COVID-19 has delivered a devastating blow to the sector with the cancellation of the cruise ship season which brings hundreds of thousands of people to Halifax each summer.

Meantime, Halifax Stanfield is operating at two percent capacity and compounding the issue right now is a two-week quarntine for people entering the province is still in place (provincial state of emergency is in place until at least June 14).

Premier Stephen McNeil addressed the issue surrounding the potential for an Atlantic bubble which would allow travel within the four provinces.

"We're hopeful and there has been a lot of discussion surrounding an Atlantic bubble and public health will be involved in that whether it is possible or not. We'll continue to look at all options which will provide some support to that sector and those businesses," McNeil said during his COVID-19 briefing on Tuesday. "We as a province rely heavily on this sector...it's a huge economic driver. We'll continue to work with our partners and are looking at ways to provide a window so these businesses can have a season."

According to the provincial website, tourism revenues for 2019 were over $2.6 billion.

Those revenues were generated last year despite the cancellation of the Yarmouth-Maine ferry, the grounding of Boeing Max 737 planes and the impact of Hurricane Dorian in September.

Tourism Nova Scotia notes roughly 40 percent of revenue is generated through residents taking "staycations", but in order to achieve growth in the sector it must come from non-residents.

Premiers in the region are exploring an Atlantic bubble which would permit travel among the four provinces to help boost tourism and the economy. Are you in favour?