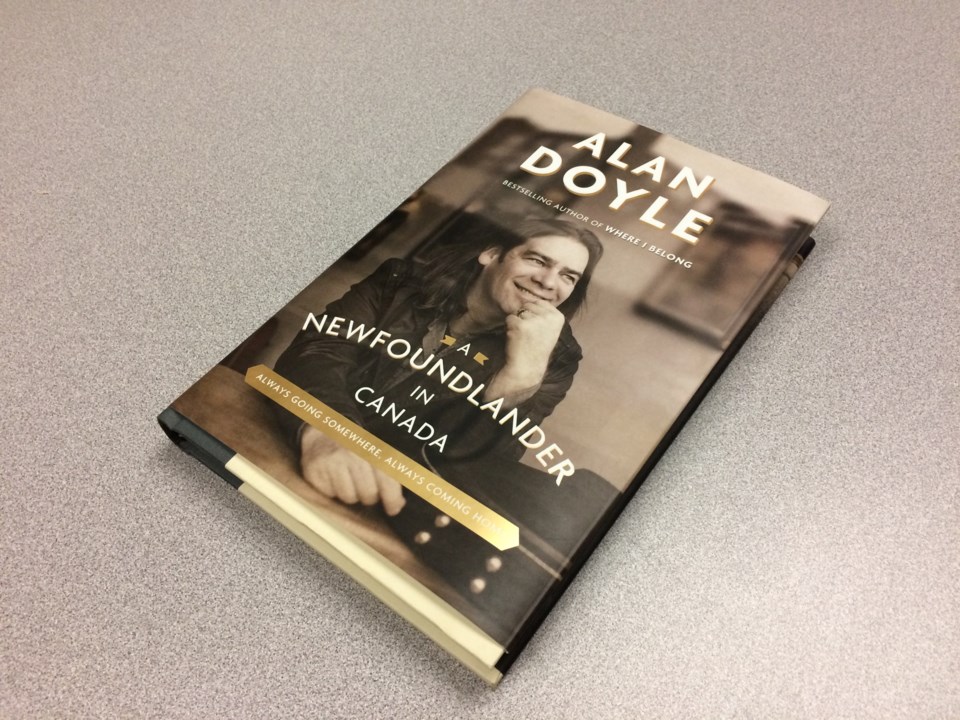 Alan Doyle was born in the same town as his parents, but the two generations are from two different countries.

The Petty Harbour-native arrived in the world in 1969, 20-years after Newfoundland joined Confederation and officially became a part of Canada.

"I'm kind of, in the weirdest way, a first generation Canadian," he told NEWS 95.7's The Sheldon MacLeod Show.

As a young boy living in a small fishing village, Doyle didn't think he'd ever get a chance to see places that seemed faraway to him like Toronto and Vancouver, but that all changed in 1992 when he joined Great Big Sea.

"The thing that thrilled me the most to write about was the travel," he said. "What the rest of Canada looked like to me, a fellow who had never been anywhere."

Doyle's first trip away from Newfoundland was to Nova Scotia, taking the ferry from Argentia to North Sydney, a ride that takes eighteen hours on a good day. He calls it the most awful experience of his life.

However, there was a payoff. He said Halifax was the most important city for Great Big Sea to gain a foothold in mainland Canada and the band had landed a week of gigs at the Lower Deck.

"It was a total dream to be on the road somewhere, staying at a hotel playing a gig nightly, it was like being The Beatles," he said. "If we had purpose-built a bar or venue to showcase what we were doing in 1993 or 1994, I would have built the Lower Deck, it was absolutely perfect."

The sign at the bar promoting Great Big Sea billed them as being, "From Newfoundland!" which Doyle had never seen before.

He said the band didn't set out to become ambassadors for the province, it just happened by default, but their shows were always a big draw for home-starved Newfoundlanders and the friends they could convince to come out.

"The guy who ran the Horseshoe Tavern in Toronto said, 'You know, when a band from Edmonton plays the Horseshoe, all the Albertans don't come to the gig,'" Doyle joked. "We were always so grateful for it."

Newfoundlander in Canada is his second book, following 2015's Where I Belong: From Small Town to Great Big Sea.

Doyle's latest album Week At The Warehouse was released earlier this month.

He brings his book tour to the Halifax Central Library's Paul O'Regan Hall Monday at 6:30 p.m.

Supporters cheer mom charged in rough arrest, as plea date set over
Feb 19, 2020 12:42 PM
Comments
We welcome your feedback and encourage you to share your thoughts on this story. We ask that you be respectful of others and their points of view, refrain from personal attacks and stay on topic. To learn about our commenting policies and how we moderate, please read our Community Guidelines.