The festival will see authors such as Roxane Gay, Catherine Hernandez and Vivek Shraya
Sep 29, 2020 3:55 PM By: Jordan Parker 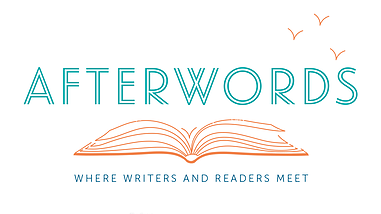 When Stephanie Domet and fellow writer Ryan Turner looked around Halifax, they never saw a festival they could identify with that was for authors.

But two years ago, they stopped complaining and started planning. Thus, the AfterWords Literary Festival was born.

Last year was their debut, and they thought things would be easier now that they’d learned the ropes, but the COVID-19 pandemic threw them for a loop.

“You can’t predict something like this, and this pandemic rendered all we learned last year useless," she said. "The good news is Ryan and I have complementary skill sets. He’s cautious and good with budgets where I’m imaginative and creative.

“We’re both anxious, so we talk through all outcomes and come up with contingencies. It’s important to be successful.”

They resisted going virtual for a long time, but in April, they realized it was time to embrace a new platform.

“Once we made that decision, it gave us a way to focus," she said. "We learned the technology and figured out the best way to deliver it. We then went to the drawing board for programming.”

The fact no one could fly out meant many could do workshops and authors could be part of the festival from the comfort of their homes.

This is how they got headliner Roxane Gay, a New York Times best-selling author.

“We asked her for our inaugural, but organizing and flights just couldn’t work out," Domet said. "When we came back this year and said it was virtual, her people said we could make it happen.

“We thought we’d get her year five or something, but this best-selling, sharp intellectual could come because we went virtual. We are thrilled to present her.”

People from all over, including Los Angeles, New York, Dublin and Paris, have purchased tickets for the second-year festival beginning Sept. 30.

Multi-disciplinary artist and author Shraya is a director on the board of the Tegan and Sara Foundation, an assistant professor at the University of Calgary, and a celebrated novelist and musician. She has also produced short films and was a parade marshall in the Toronto Pride Parade.

She headlines a workshop titled “What We Learn From Each Other” on mentorship alongside Cicely Belle Blain. They'll also discuss representation and community. Blain’s debut poem collection, Burning Sugar, was published under Shraya’s VS. Books imprint.

“I often felt like when I was a young writer and artist I had no one to turn to. I had to learn so much on my own. Now, I’m able to mentor others, and to work with a young BIPOC writer like Cicely is so important,” she said. “I’m able to provide resources, supports and information that isn’t always easily accessible.”

Shraya — who came out as transgender in 2018 — says it’s even more important as a queer writer to help other LGBTQ2S+ artists to succeed.

“It’s so funny because as a young queer artist and writer, I was called ‘emerging’ for years, she said. "I was still emerging at 33-years-old. And then, all of a sudden, I jumped decades and I was an elder.

“The lack of access to elders and lack of elders depending on the area means that there is a social responsibility I feel. I remember that for every step I take forward, I need to find a way to make the path better for those behind me.”

Shraya began as a pop artist in Canada with that singular dream, but things would change as her life evolved.

She had toured all over North America sharing a stage with Tegan and Sara, Dragonette, Melanie C and more. Her 2017 album, Part-Time Woman, was longlisted for the 2018 Polaris Music Prize.

“The music industry is one of the hardest industries to succeed in," she said. "When I realized my music career wasn’t happening the way I wanted it to, I knew I’d still yearn to be creative and express myself. Music and I needed a break, so I explored short films, art and books.

“I wanted to express myself in other ways and other mediums let me say different things. Pop songs get standardized. You get in and out in three minutes. Other mediums provide other ways of expression. For instance, theatre might let me say something poetry won’t.”

Shraya said she is happy to be part of an event that features Roxane Gay and absolutely loves the Maritimes.

“It’s amazing to see the festival — and even myself — learning and adapting. I did my book tour on Zoom, and sometimes you need to go for it and stay the course,” she said. “I’m so excited to do this, talk about Cicely’s work and chat about the importance of mentorship.”

The theme of the festival is ‘Writing In An Uncertain Future', originally conceived of with climate change as an impetus. However, with the COVID-19 pandemic, that theme has taken on a new meaning.

“Things seemed less uncertain when I dreamed up the theme, and it’s almost embarrassing how of the moment it is," said Domet. "I wanted to bring writers together and talk about how we ought to live, and how we head off to a dystopian future.

“With everything going on, we need to find a way to talk about what’s going on in a structured, intelligent way.”

Domet says the AfterWords Festival has a thrilling line-up this year with an incredible range of authors.

“We want our authors to feel the love and care we have for them, even virtually," she said. "This is a place for everyone and it’s accessible. If you’re interested, enjoy AfterWords.”

The AfterWords Literary Festival runs Sept. 30 to Oct. 4 on Zoom.