Seismologist Nick Ackerley says the aftershock was a magnitude 2.6, matching the earthquake on Sunday night that impacted the same neighbourhoods
Mar 3, 2020 5:02 AM By: Mark Hodgins 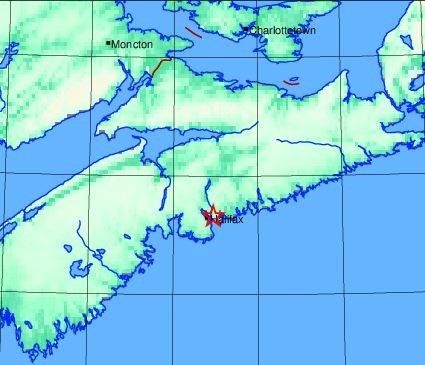 Seismologist Nick Ackerley says the aftershock was a magnitude 2.6, the same magnitude as the earthquake on Sunday night that impacted the neighbourhoods.

"The typical aftershock sequence is that the largest aftershock is about a unit of magnitude smaller than the foreshock, so already we're deviating from that a little bit," explained Ackerley.

In a release issued early Tuesday morning, Halifax Regional Police said numerous reports came in around 12:42 a.m. on Tuesday from people in East Dartmouth who felt their homes shaking and heard what sounded like an explosion.

There were no injuries or damage reported.

Ackerley says those loud noises people in the area heard, both on Tuesday morning and Sunday night during the first earthquake, are a result of how shallow these events were.

"When seismic waves reach the surface they can directly shake the air and we hear that as sound," Ackerley said. "When you've got a small event that's shallow, it tends to be rich in, seismically speaking, what we would consider high frequencies, which means that they're high enough that we can hear them."

Ackerley says the fact that Tuesday morning's aftershock was of the same magnitude as the initial earthquake could indicate that we're seeing a different phenomenon.

"It's got sort of a scary sounding name of an 'earthquake swarm'," offered Ackerley. "They sort of fade in and fade out with time, but it's a bit early to say what we're dealing with here. We haven't recorded, as far as I know, any other events other than the two that were widely felt."

Earthquakes Canada is asking anyone who experienced the earthquake to fill out a report on its website.