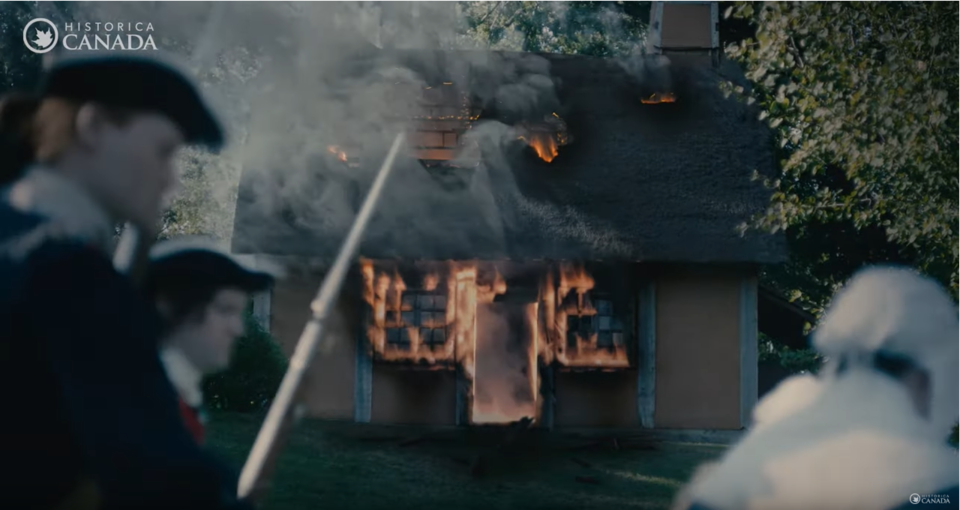 A new educational commercial from Heritage Canada explains the 'Grand Derangement' in no uncertain terms.

"We lived here happily for generations, until the British decided they wanted our land," says the video. "We were forced from l'Acadie, the only home we knew."

Veronique Mallet is executive director of La Société Nationale de L'Acadie, worked as a consultant on the video.

"I think the minute actually serves well as a teaching moment, and deepening people's knowledge of Acadian history and how it affects Acadians today," Mallet tells NEWS 95.7's The Todd Veinotte Show.

Because the deportation was many generations ago, Mallet says most people feel disconnected from the history.

But through the story depicted in the video, she hopes more people can put a human face to the Acadian expulsion.

Mallet says that over half of deportees were actually children. Almost everyone had lived here their whole lives.

"They were not born in France, they were born in Acadia, they identified as Acadian," she adds.

When they left the shores of the Maritimes, many believe that the Acadians were sent to the American South. Mallet says they were actually sent to several different locations.

"They were deported to the colonies along the coast of New England," she explains. "Because Louisiana at the time was Spanish and had been French just recently, the Acadians saw there a safe haven, and so they made their way to Louisiana."

Others, according to Mallet, were sent "back" to France, to the Caribbean, or to jail in England.

After eight years, the English government decided Acadians were allowed back to the land they had lived on for 150 years, with some restrictions.

"One of the conditions to coming back was that they not gather in villages bigger than 10 families," Mallet says. "So the Acadians came back but they were in survival mode."

Mallet thinks the repercussions from the expulsion do still have impacts on Acadian culture today.

"The Acadians have shown incredible resilience," she says.

"They've also shown a way to organize and give themselves the institutions that they need in order for their community to thrive, in order for the French language to survive."