A look at previous government’s effort to combat racism in N.S.

In 1991, the province formed an advisory group on race relations after access repeatedly denied to Black patrons at downtown Halifax bars reached a breaking point
Oct 8, 2020 10:45 AM By: Michael Lightstone 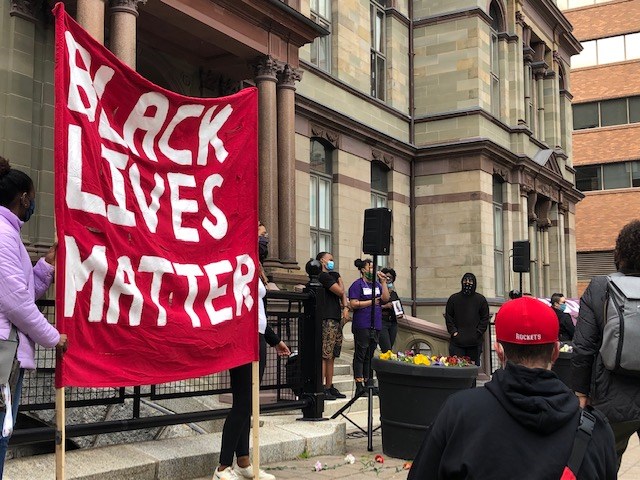 The McNeil government’s recent pledge to try to rid the province’s justice system of racism comes nearly 30 years after the provincial government of the day, with help from Halifax city hall, other municipalities and Ottawa, attempted to improve race
relations in Nova Scotia.

A new provincial committee, which includes Black and Indigenous members, has up to 18 months to examine the issue of lack of equality and report back to the ruling Liberals.

The plan was unveiled in Halifax on Sept. 29 when Premier Stephen McNeil publicly apologized for a history of racism in Nova Scotia’s justice system.

In 1991, the province formed an advisory group on race relations after access repeatedly denied to Black patrons at downtown Halifax bars reached a violent breaking point on July 19, and resulted in a summer’s night of tumult taken to the streets.

The riot resulted in multiple people getting hurt, property damage and arrests.

Set up by the Conservative government of former premier Don Cameron, the advisory committee had 30 days to complete its task. Every member of Halifax council received a copy of the group’s recommendations on Sept. 12, 1991, according to a city staff report presented to council on Oct. 9 of that year.

“All levels of government, and the (Black) community itself, were asked to respond, initially, to the recommendations within 30 days,” the 1991 staff report said.

It suggested change was coming.

“The mandate of the advisory committee was to make recommendations to all levels of government and to the Black community which would form the basis of a blueprint for change to combat racism and racial discrimination within the province of Nova Scotia,” the report said.

The 1991 recommendations covered such crucial matters as policing and criminal-justice issues, economic development and Black citizens’ access to government services.

Fast-forward to 2017, when an update from the restorative inquiry into past abuse at the Nova Scotia Home for Colored Children, which wrapped up last November, said “people in rural areas, in particular, spoke of being reluctant to interact with many public agencies and services because they felt they were treated as second-class citizens.”

The inquiry’s report said “systemic racism continues to have a major impact on African Nova Scotian families and communities.”

One inquiry participant said “it feels like we’re talking about the same things we were talking about 40 years ago,” a sentiment the report said had been “echoed in several sessions around the province.”

There are 50 Black communities throughout the province, the government says, and almost 21,000 African Nova Scotians live here.

Back in 1991, regarding improving the behaviour of police interacting with Black people, a recommendation from the Cameron government’s advisory committee said “all police forces in Nova Scotia (should) establish policies prohibiting racial slurs and stereotyping by police personnel and . . . disciplinary sanctions (would) be imposed on violators.”

With respect to racial stereotyping, 28 years later (in October 2019), the province’s justice minister announced a permanent ban on contentious police street checks after they were deemed to be illegal.

In the criminal-justice system, Indigenous and Black people have long been overrepresented in Nova Scotia’s jails.

“The overrepresentation of Indigenous persons in Canadian prisons began at the end of the Second World War . . . and remains a well-documented reality,” a federal Department of Justice website says.

In Nova Scotia, the 1991 disturbance in Halifax made international news and prompted a peace march in the city on Aug. 1 that media reports said attracted around 1,000 participants.

“Members of the crowd, at least half of them white, set out from a largely Black neighbourhood in the city’s north end and marched past downtown bars that Blacks have said won’t admit them,” The Toronto Star reported.

“Some civic officials had at first tried to shrug off the riot as an inconsequential ‘blip,’” the newspaper said. Halifax’s mayor at the time, Ron Wallace, used that description during an attempt to portray the municipality as one in which race relations were solid.
But he later acknowledged racism existed in the city.

“There is an honest commitment to achieve change in this city,” said Wallace, quoted in a Maclean’s magazine article published on Aug. 19, 1991.

Last year, Chief Dan Kinsella of Halifax Regional Police issued an apology to the Black community for the decades-long practice of street checks.

Change on that front is an ongoing process, the chair of the Halifax Board of Police Commissioners told NEWS 95.7 last week: