Interest in the small island along Nova Scotia's South Shore has exploded thanks to the TV show 'Curse of Oak Island'
Jul 26, 2019 1:48 PM By: Meghan Groff 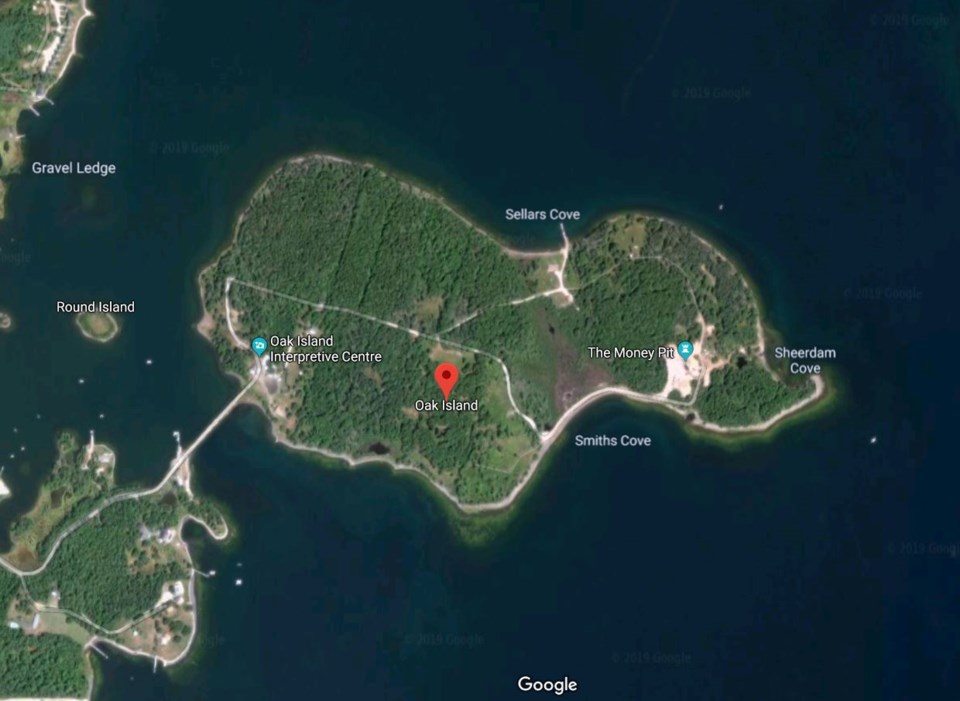 Whether it's loot from pirates, treasure from the Knights Templar or there's nothing there at all, the mystery of Oak Island has long captivated the world.

Interest in the small island along Nova Scotia's South Shore has exploded thanks to the TV show Curse of Oak Island.

Sean Kirby is a big fan of the series that follows Rick and Marty Lagina as they hunt for buried treasure.

But the executive director of the Mining Association of Nova Scotia believes there are potential geological explanations for some of the island's mysteries.

He says the Money Pit, where the treasure is thought to be buried, and the nearby Cave-in Pit may be natural formations.

"The eastern portion of Oak Island, the bedrock of it is mainly gypsum and limestone and those are soft rocks. It's very common for those softer minerals to naturally erode in ground water," he explains.

This erosion process is responsible for several sinkholes in Nova Scotia, including the one in Oxford.

"[The erosion] creates a cavity underground, and in time the weight of the ground above it simply caves in as a result of the lack of support and you have the sinkhole," Kirby tells NEWS 95.7's The Rick Howe Show. "We don't know whether that explains some of the things going on at Oak Island, but it's possible."

Treasure hunters believe there are man-made tunnels on the island that act as a built-in security system, designed to flood when they dig down to a certain depth to prevent them from reaching the goods.

But Kirby says that water could be naturally occurring. He explains Oak Island is made up of four interconnected drumlins.

"What that means is the island was formed by rock, gravel, sand and clay that was dropped by glaciers as they receded in Nova Scotia after the last ice age 12,000 years ago."

He says many islands in the Mahone Bay area were created by the deposits from melting glaciers. Citadel Hill and Georges Island are also drumlins.

"There may be layers of gravel underneath Oak Island where you have seawater naturally flowing through because gravel is porous, the water can flow through the spaces in between the rocks perfectly naturally," he says.

"It's possible as treasure hunters are drilling, they're simply going down into naturally occurring water flowing underneath the island, the water then fills in the pits or the drill holes and that has led to the belief that there is an elaborate man-made flood tunnel system."

Kirby says it's not known for sure if the tunnels are naturally formed, but it is a plausible theory. But he adds, there have been plenty of things found on the show that can't be explained by geology.

"Coconut fiber, when we obviously don't grow coconut trees in Nova Scotia. Human bones that were found buried deep underground, and in last season's shows of Curse of Oak Island, they found a lead cross that appears to be 500-to-600 years old or older."

He says whether or not the treasure is real, the show is fun to watch.

The mining association has taken to social media to give Nova Scotians a greater understanding of geology. Tweets from their account offer up interesting facts on a variety of formations in the province, including Oak Island.

One points out the theory that a ship could have been floated to the island's triangular swamp and sank there wouldn't have been possible a few hundred years ago because the sea levels were 1.5 metres lower.

"We do daily social media posts about anything and everything, it's a really eccletic mix of things related to mining, minerals and geology," Kirby says. "We try to make it a lot of fun and interesting. It's all content that is customized to Nova Scotia."

The Mining Association of Nova Scotia also has an educational website that can be found at notyourgrandfathersmining.ca.