'It's a historical day for Canada,' said Tim MacLeod, who was near the front of the line at the Clyde St. cannabis store before it opened
Oct 17, 2018 4:50 PM By: Meghan Groff 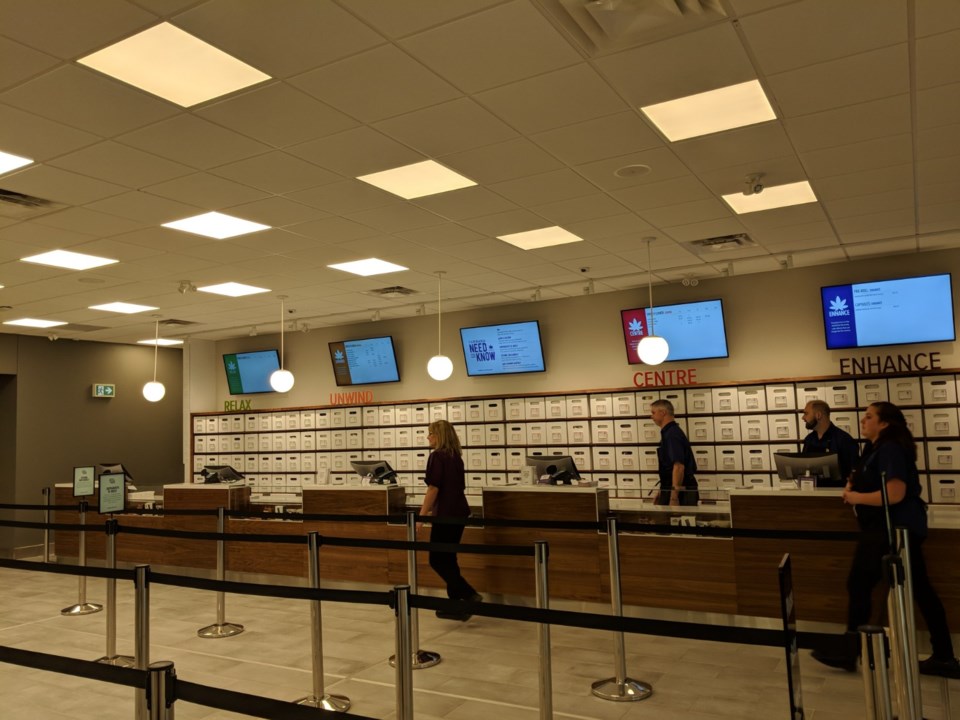 Staff at the NSLC Cannabis store on Clyde St. get ready for the rush before the doors opened at 10 a.m. (Meghan Groff/HalifaxToday.ca)

Nova Scotians bought almost $400,000 worth of cannabis and related products in the first seven hours it was available on Wednesday.

Many customers turned out early to lineup for the 10 a.m. opening at most stores across the province, with the biggest crowd outside Nova Scotia's only stand-alone cannabis store on Clyde St. in the south end.

Tim MacLeod was near the front of the line before it opened for business.

"It's a historical day for Canada," he said. "I thought it would be exciting to be here right when it starts."

Online sales are also going well, with no glitches being reported.

Customers who take that route have to visit one of the province's NSLCs in person first and show identification in order to get an access card which will allow them to browse and make a purchase online.

Ware said they ended up having 106 products for sale when the doors opened, which was higher than the 92 they were expecting.

"We were able to add a new supplier from P.E.I. ... that helped with some of the gap we were experiencing," she explained. "And we just got word that Nova Scotia's first licensed producer is now able to sell to us, so we're hoping to have some Nova Scotia product on our shelves in the not-too-distant future.