Life.School.House wants to lead a new kind of community-building

A long pandemic year hasn't dampened Jennifer DeCoste's enthusiasm for community learning; if anything, it's made it that much more relevant
May 5, 2021 1:44 PM By: Kieran Delamont 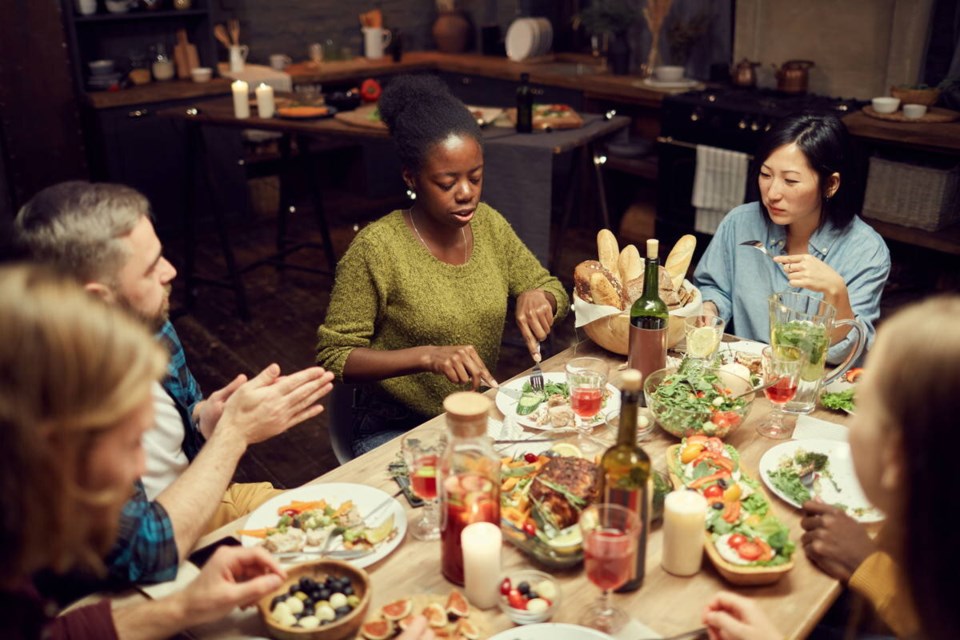 Community members gather around the dinner table at a pre-pandemic Life.School.House sessionSubmitted.

Last February, when HalifaxToday.ca profiled Jennifer DeCoste, founder of Life.School.House in Dartmouth, we wrote the following sentence, summing up what was, at that point, a successful first year for the community: “In her first year, “ wrote then-weekend editor Victoria Walton, “DeCoste invited neighbours and strangers into her home almost 60 times. Sometimes hosting up to three or four events a week.”

Safe to say we are not in Kansas anymore.

But if you ask DeCoste now, the mission underwriting Life.School.House — a “folk school” that bills itself as “a non-traditional learning community” but which could also be described as a non-capitalist model of skills education and community — are just as important as ever.

“This pandemic is at a kind of crossroads, with the realization of the impacts of poverty, and food security issues, and racial injustice, and all of those things that are coming to a head at the same time,” DeCoste says now. “If we’re thinking about build back better and investing in job creation — the same rote patterns that we’ve used in the past to rebuild an economy, like what a mess. You’re just going to have the same problems again.”

Life.School.House is not one thing. It isn’t easy to nail it down or define it. In short, it is a loosely-knit program where skills are taught in a truly grassroots way. — by the community, for the community.

A standard ‘class’ at DeCoste’s folk school might look like someone teaching a small group how to make beeswax wraps, for which there is no cost besides a bring what you can, non-cash contribution. (Since she and her husband founded it, others have popped up across the Maritimes.)

But really, DeCoste says, it’s about taking care of other people and your community first, and that has made the idea feel uniquely suited to the COVID and post-COVID era, a time when community bonds are in desperate need of repair.

She’s adamant that while the skills sharing gets people in the door, and the barter system makes it accessible, that the real magic is in the community.

“When people walk in here, there’s a cup of tea in their hand, and there’s two hours with a small group of people who are lead through a conversation — not just ‘how are you?’ but ‘how are you really?’” she says. “We’ll have some very intimate conversations, wonderful conversations about reducing that othering that happens.”

COVID has put a lot of this on pause, both last year and with this year’s lockdown.

Unlike virtually every other organized event, “we didn’t engage with online programming as much as others probably did, or expected us to, because it wasn’t about a skill share,” DeCoste says.

Instead, they waited until the summer to hold sessions outside. People needed that, whether they were feeling detached from the society around them, or simply feeling a bit cooped up inside.

As the philosophy that runs through Life.School.House has been gaining traction (there are now around a dozen others), DeCoste’s work in setting up is being recognized — she was recently awarded a fellowship through the Ashoka Foundation (“it’s a pretty big deal; it’s the first time they’ve ever had a fellow in Atlantic Canada”), which will help support Life.School.House when the pandemic subsides.

Life.School.House has, like many of us, survived the pandemic, not with some grand plan but with constant adaptations, and with a community to lean on around it.

Its non-capitalist nature, with virtually non-existent costs, has made it durable, able to survive in ways that would be impossible if they had employees and overhead. It is, as a result, going to be around to tell, and create, the stories and communities that are built out of the rubble.

“We’re about to launch a narrative project to capture these stories from across the communities that engage with school hosts,” she says. “How does it feel coming out of this? What is this all? How does it all connect?”

Longer term, she hopes that the ideas Life.School.House is putting forward will grow and take root in other minds, other communities. It would be, she says, a fitting place for it to grow from, with Nova Scotia’s (and Cape Breton’s) historical ties to the co-op banking movement.

“If we had 30 more of these happening in Nova Scotia, that would be phenomenal. I’d love to see municipalities stepping in and saying they’re really proud that this is happening in our region — enough to encourage people to keep doing the small microwork that needs to be done,” she says. “That’s all that is needed here in Nova Scotia — for people to champion it, to champion the grassroots change leaders who are doing this work."

"And, you know, maybe help them buy the tea. It’s amazing how much tea I go through.”

After last year's lighthouse tour, Datsun (and his owner) are visiting all of Nova Scotia's breweries
May 19, 2021 1:44 PM
Comments