'When you feel like you need help, reach out,' says Halifax Helpers founder Rebeccah Raphael
Jun 2, 2021 1:44 PM By: Kieran Delamont 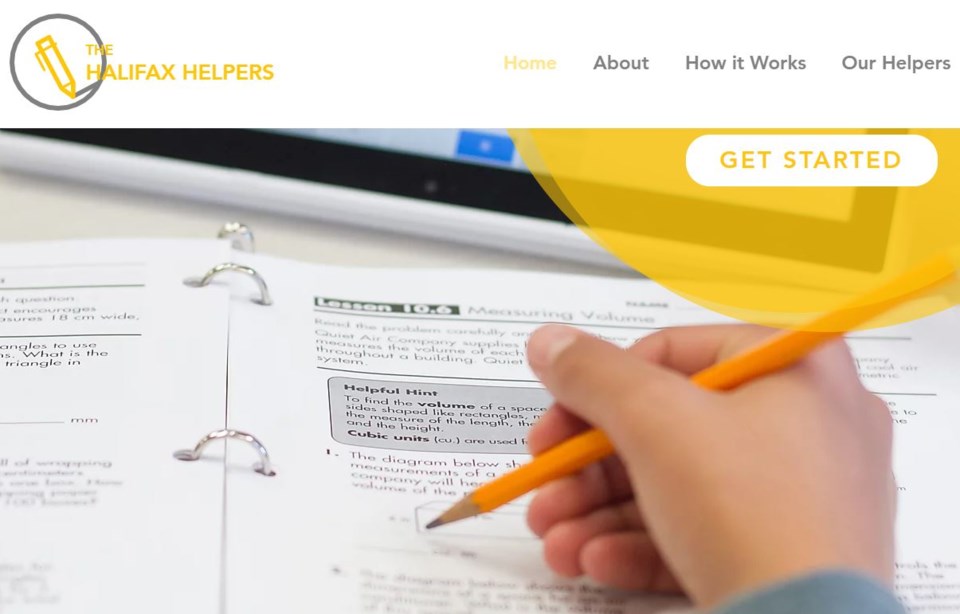 When students of all ages were sent home last year as the pandemic kicked off, Rebeccah Raphael — a student herself — could see that an entirely virtual education would inevitably create problems: gaps in knowledge, less personalized teaching and an added burden at home for parents among them.

Students could no longer pop down to the library or the community centre for some extra tutoring, couldn’t get those few extra minutes with a teacher after class to learn a tough concept. What seemed to be needed was a way to recreate the sort of simple, unfussy help that can often make the difference for young learners.

And so Halifax Helpers, a free tutoring service run by young student volunteers, was born.

“Throughout the whole lockdown, our family friends were saying how it would be nice to have some kind of extra support for their kids since they weren’t in school,” Raphael says. “Then the idea for Halifax Helpers came, and I had a lot of friends who were on board, because they were feeling the same way.

“And then I guess it just grew from there.”

Now, a year later, Halifax Helpers has developed into a mature operation, complete with non-profit status, a growing base of volunteers and coordination with support staff in schools.

And for its founder, Raphael, the work is being recognized, too — on Tuesday, she was named one of twenty recipients of the 2021 Dr. Robert Strang Community Hero Award, an honour given to those who have put in the work this past year and a half to support their community. (Forgoing the customary trophy, winners receive one of Dr. Strang’s famous neckties in a glass frame.)

In addition to the usual subjects where help is often needed — math, science, etc. — it is language learners, in particular, who have flocked to the service, Raphael says.

“We have students who are in French immersion, whose parents do not speak French,” she offers, by way of example. “So maybe they come home with their schoolwork that’s in French, and their parents find it difficult to support them — so they’ll come to our services and get help with that.”

That same premise applies to students who may have enrolled in the Canadian school system in order to learn English.

“We support a lot of students who had that intention and aren’t able to do that, because they don’t have those day-to-day interactions,” Raphael says.

Over the past year, with a volunteer corps that now comprises 80 tutors and a five-person executive board, Halifax Helpers has been able to provide around 3,300 hours of tutoring, helping around 400 students and an average of about 120 tutoring sessions a week.

With students heading back to the classroom for the most part, Halifax Helpers now faces its next chapter, and a question that so many pandemic adaptations are asking themselves: how do you grow beyond your roots as a stop-gap pandemic measure into something sustainable?

“We have a few new programs in mind that we’re trying to get set up and that we’re trying to run,” Raphael says. They’d like to be able to lend out low-cost Chromebooks, to help close the gap of access to computers. They’d also like to build partnerships with other groups in the communities who might need help getting an online program up and running.

The program will be taking the summer off, but when next year’s school year comes around in September — one that will no doubt come with its own set of residual pandemic challenges — Halifax Helpers is planning on being ready to kick back into gear.

Looking back over the past year, Raphael says that it’s been a great lesson in leaning on the people around you.

“I think when you’re starting something from the ground up…it’s really easy to get overwhelmed,” she says. “I’ve learned that when you’re unsure of something, to reach out; when you feel like you need help, to reach out. And that’s what has made our service what it is.”

After last year's lighthouse tour, Datsun (and his owner) are visiting all of Nova Scotia's breweries
May 19, 2021 1:44 PM

Life.School.House wants to lead a new kind of community-building
May 5, 2021 1:44 PM
Comments