After last year's lighthouse tour, Datsun (and his owner) are visiting all of Nova Scotia's breweries

Datsun is likely already one of Nova Scotia's most well-travelled dogs — and he's just getting started
May 19, 2021 1:44 PM By: Kieran Delamont 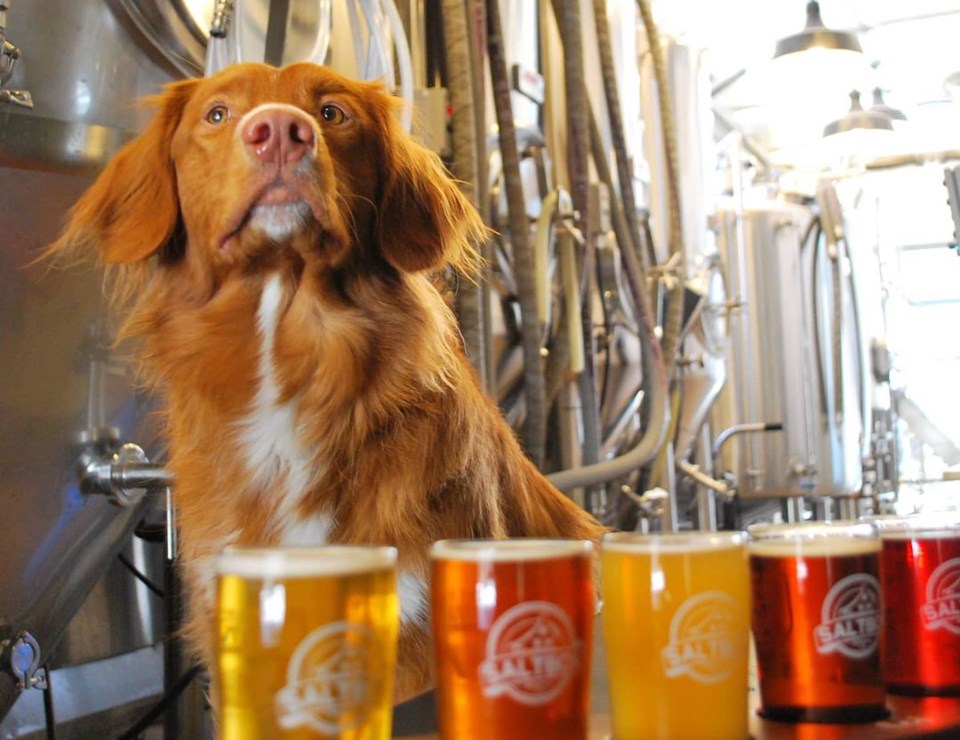 Datsun, the loyal Duck Toller belonging to Steve Gallant, stops at Saltbox Brewing in the South Shore as part of a cross-province tour of the breweries. Oh, and he does all of this while riding on a motorcycleSteve Gallant/Contributed.

When Steve Gallant and his loyal canine companion, a Duck Toller named Datsun, set out on his motorcycle last year on the “most Nova Scotian road trip ever” to see all of Nova Scotia’s lighthouses, it was not out of any particular love of or obsession with lighthouses, believe it or not.

“I knew about six of them before I did this,” he says, half a year later in an interview with HalifaxToday.ca. “I figured, if I look them all up I’ll find some cool places. And that’s exactly what I found; a lot of these lighthouses are in pretty obscure places.”

The lighthouse destinations may have made it a quintessentially Nova Scotian road trip, but the journey showed him the real Nova Scotia — “the roads I went down and the people you meet and all those places that you’d never normally go.”

He figures by the time he declared the trip finished, he had travelled on pretty much every single road in the province.

He did all of this, remarkably with his dog Datsun in tow, riding patiently alongside him in a custom pannier stuck to the side of the bike, while fans kept tabs on the pair through the dog’s popular Instagram account.

“I’m on two wheels — no trailer, nothing cumbersome, it’s just me and him. I feel like it’s safer — if anything were to happen to the dog, it would happen to me too,” Gallant says. “He’s also right beside me, so I can pet him while I’m riding down the highway.”

And now Gallant and Datsun, who love nothing more than a grand adventure, are at it again, with a bid to visit each of the 60 breweries here in the province.

“I love breweries,” he says. “I think it’s a pretty cool, unique industry. A lot of breweries are often owner-operated — people who like their job, which is hard to find anywhere. You go there, and everyone’s so friendly, and most of the guys have now heard of me before I show up, which is kind of neat.”

At the time of writing, Gallant and Datsun have made a serious dent in the list, with only 15 or so to go. Assuming travel restrictions ease, Gallant is aiming to finish off the list in July. (It’s a small but doable window: as a member of the Canadian Navy, Gallant is spending much of his time this spring at sea.)

Yes, he gets to sample a lot of beers, but as with the lighthouses, the actual destinations almost become incidental.

“Some of them are like, just in someone’s home,” he says. “In Berwick, there’s Bad Apple Brewhouse, and it’s just a barn in this dude’s backyard. He just makes beer and distributes it to local places — so I’m walking into this guy’s backyard hobby. It was a pretty near experience.”

For Datsun, his true-blue companion, travelling by motorcycle in the open air has turned him into one of the most well-travelled dogs on earth, even as a young pup. Two years ago, the pair drove from Halifax to Savannah, Georgia and back.

“I’m always planning the next motorcycle trip,” he says. “I’ve got probably 10 in the hopper that I planned.” But if all goes as hoped, these trips will one day be dwarfed by Gallant’s once-in-a-lifetime trip.

“I get to retire pretty young, so me and the dog are going to ride the perimeter of the Western hemisphere,” Gallant says — a trip that will take him from St. John’s, NL, to Alaska, to Argentina, to Brazil and back, a 22-month journey. This is, needless to say, a very long trip for both man and dog, the crown stamp in Datsun’s figurative passport. (And Gallant’s real one.)

“It’s a long ways away,” he says. “But this has given me all the time in the world to think about it.”

Life.School.House wants to lead a new kind of community-building
May 5, 2021 1:44 PM
Comments