Canada has already secured up to 38 million doses of the Johnson & Johnson vaccine through previous negotiations with the company, however it's not expected that any will flow to Canada until at least April
Mar 5, 2021 2:24 PM By: Canadian Press 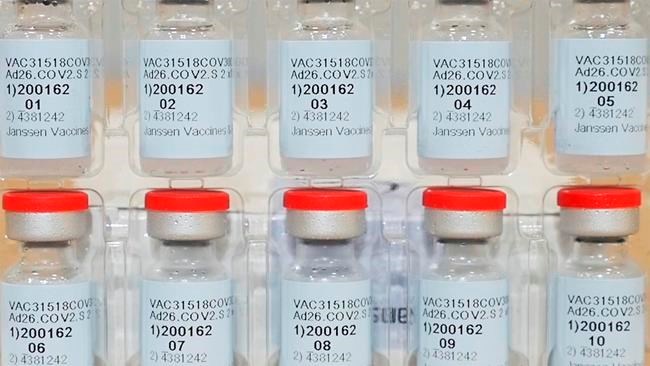 Canada added a single-dose COVID-19 vaccine to its pandemic-fighting arsenal on Friday, approving Johnson & Johnson's product a week after it was authorized in the United States.

That gives Canada four distinct vaccines — along with Pfizer-BioNTech, Moderna and Oxford-AstraZeneca — and it adds flexibility to the country's plan to immunize the majority of its residents by September. Health Canada includes a fifth vaccine, Covishield, which is a separate brand name for doses of the AstraZeneca product made at the Serum Institute of India.

The U.S.-based Food and Drug Administration (FDA) approved the Johnson & Johnson vaccine for emergency use on Feb. 27.

Canada has already secured up to 38 million doses of the Johnson & Johnson vaccine through previous negotiations with the company, however it's not expected that any will flow to Canada until at least April.

Here's what we know about the Johnson & Johnson vaccine:

HOW EFFECTIVE IS IT?

Johnson & Johnson announced promising results from its Phase 3 clinical trials at the end of January, suggesting its vaccine reduced severe COVID-19 disease by 85 per cent, and prevented 100 per cent of COVID-related hospitalization or death.

The vaccine had a 72 per cent efficacy in preventing COVID infections after 28 days in the company's U.S. trials. The efficacy dropped to 66 per cent when averaging in results from other global trials, including a South African study that factored in more transmissible variants of the COVID virus.

An FDA report last month said the vaccine was 64 per cent effective in preventing infection in South Africa about a month after the vaccines were administered.

Pfizer and Moderna showed 95 per cent efficacy in their respective trials, but those were both tested against previous dominant strains of the virus and didn't account for the variants that have popped up since.

Pfizer, Moderna and AstraZeneca also had zero hospitalizations and deaths in their trials.

The FDA report said the Johnson & Johnson vaccine was similarly effective across age, race and people with comorbidities. The agency added that effectiveness appeared to be lower (42.3 per cent after one month) in people over 60 with comorbidities such as diabetes or heart disease.

WHAT ARE THE BENEFITS OF THIS VACCINE?

The potential ease of distribution offered by a one-and-done shot, and its ability to be stored in a regular fridge are among its biggest strengths.

Vaccines from Pfizer, Moderna and AstraZeneca all require two doses.

Johnson & Johnson's vaccine can be stored in a regular fridge for up to three months, the company says.

Pfizer's vaccine initially required ultra-cold storage temperatures between -60 C and -80 C, though Health Canada said this week it could be stored in a regular freezer for up to 14 days.

Moderna's vaccine can also be stored at regular freezer temperatures while AstraZeneca can be stored in a fridge.

WHAT KIND OF VACCINE TECHNOLOGY IS USED?

Unlike the mRNA technology used in Pfizer and Moderna's products, Johnson & Johnson is a non-replicating viral vector vaccine similar to AstraZeneca's.

That means it uses a different harmless virus, which can't copy itself, as a vector to give our cells the instructions they need to make the coronavirus's spike protein.

The immune system recognizes the protein and makes antibodies, which then allow us to fend off attack from the same virus if exposed in the future.

WERE THERE ANY SIDE EFFECTS NOTED?

The FDA document said no specific safety concerns were identified in participants regardless of age, race and comorbidities.

The FDA added the most common reported side effects were headache and fatigue, followed by muscle aches, nausea and fever.

This report by The Canadian Press was first published March 5, 2021.