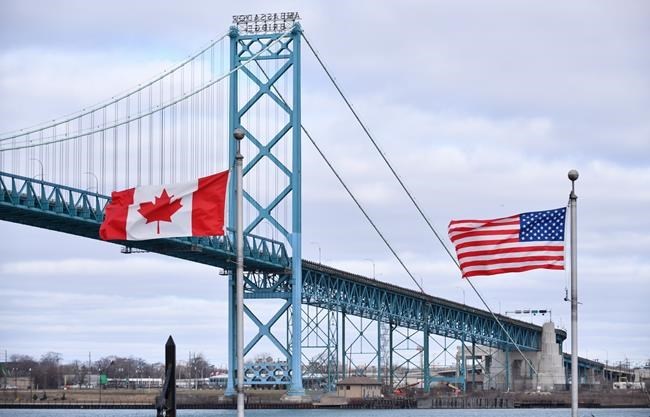 WASHINGTON — A new poll suggests Canadians remain deeply wary about the prospect of allowing visitors from the United States.

The online Léger poll was conducted last week for the Association for Canadian Studies to mark one full year of restricted travel at the Canada-U.S. border.

It found 70 per cent of 2,200 Canadian respondents were either very or somewhat worried about allowing cross-border travel.

Only 26 per cent said they were either not very worried or not worried at all.

In the U.S., Léger found the opposite: only 31 per cent of the 1,968 Americans surveyed were very or somewhat anxious about lifting restrictions.

Online surveys cannot be assigned a margin of error because they do not randomly sample the population.

This report by The Canadian Press was first published March 23, 2021.