Quebecers who live by the New Brunswick border would not be able to travel to other provinces in Atlantic Canada without self-isolating for two weeks
Jul 22, 2020 9:47 AM By: Canadian Press 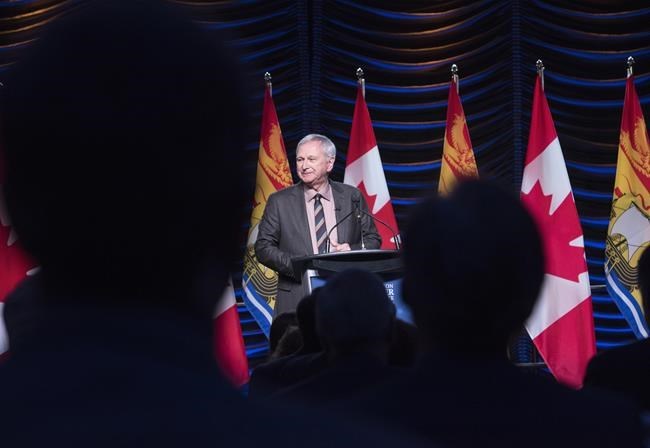 FREDERICTON — New Brunswick Premier Blaine Higgs says his province is hoping to create a "mini bubble" with Quebec by Aug. 1.

The bubble would allow residents who live near the Quebec-New Brunswick border to travel back and forth between the provinces without having to self-isolate for 14 days, Higgs told reporters Tuesday. Higgs said the agreement would only allow for day trips.

New Brunswick is currently part of what's called the Atlantic bubble, which allows Atlantic Canadians to travel within the region without having to self-isolate. Higgs' government has been in recent talks with Quebec about easing travel restrictions that were imposed to slow the spread of COVID-19.

Higgs said Quebec visitors would first need to register online and would be screened at the border. He said there is a strong sense of community between Quebecers and the New Brunswick cities of Campbellton and Edmundston.

"This will be controlled," the premier said. "It will be isolated in the region and we do rely on the integrity of individuals not to bring (COVID-19) across the border."

Quebecers who live by the New Brunswick border would not be able to travel to other provinces in Atlantic Canada without self-isolating for two weeks. The agreement, Higgs said, doesn't open up the rest of Quebec to New Brunswickers, either.

Campbellton Mayor Stephanie Anglehart-Paulin said many families straddle the provincial border. Cross-border travel is important to the survival of businesses in her community, she said.

She said while there are 15,000 people in her city, she considers the 7,500 people on the other side of the Restigouche River also part of her community.

The two sides are linked by the J.C Van Horne bridge. Anglehart-Paulin said the Quebec residents are used to shopping and accessing health services in Campbellton.

"It's been really hard," she said Tuesday. "They've had to go far, and at the time that COVID was down the coast we were forcing them to go down the coast. They were scared to death and you couldn't blame them."

"People that we can see, 800 metres away, can't come here. Our restaurants are hurting, everything is hurting," she said.

Anglehart-Paulin noted that while Quebec has had the most COVID-19 cases in Canada, the majority of the infections have occurred in the more southern parts of the province. Montreal, which was the epicentre of the pandemic in Canada, is 12 hours away.

The other Atlantic premiers have stated they do not want to be part of the tentative agreement between Quebec and New Brunswick.

Prince Edward Island Premier Dennis King said Tuesday other provinces may choose to expand the Atlantic bubble, which he said is their jurisdictional right. "But P.E.I. for the meantime will maintain the status quo," he said.

There were no new cases on the Island Tuesday.