The government has targeted June 5 for an end to the federal wage and rent subsidies
Mar 24, 2021 3:51 PM By: Canadian Press 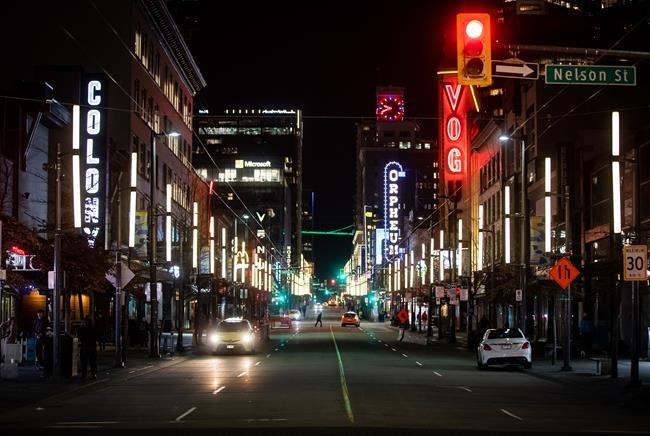 OTTAWA — The federal Liberals are facing calls from some of the hardest-hit businesses in the pandemic to use the coming budget to extend emergency relief programs beyond June, saying many will still need help even as the economy picks up.

The government has targeted June 5 for an end to the federal wage and rent subsidies, and this week extended applications for a popular loan program to the same time.

The idea is to see how the economy is faring as the summer arrives, and tweak programs targeting businesses and workers as needed.

Business groups on Wednesday argued that sectors relying on in-person customers aren't going to recover by the summer and called on the Liberals to extend the wage and rent subsidies until the end of the year.

The Coalition of Hardest Hit Businesses, which represents hotel, tourism, arts, culture and hospitality industries, said about 60 per cent of the almost 6,000 companies it represents believe they'll go under without sustained access to federal support programs.

Susie Grynol, president of the Hotel Association of Canada, said the demise of those companies would hurt rural and remote communities, downtown cores and local economies that rely on tourism.

"The cost of doing nothing would be far greater than the cost of supporting these businesses and keeping them intact until they can get to the other side," she said during a virtual press conference.

The sectors continue to lag behind in recovering from last year's downturn, slowed by continuing public health measures, including ongoing bans on mass gatherings.

Beth Potter, president of the Tourism Industry Association of Canada, said receipts earned across the suite of sectors represented by the coalition are likely to be down 35 per cent from 2019 figures, meaning a $105-billion industry two years ago would be down to $68 billion this year.

For those companies, the wage and rent subsidies have been a lifeline, Grynol said.

The most recent federal figures show the wage subsidy has handed out over $70.2 billion in aid since its launch last year. The latest number of employees whose wages are being subsidized stood at over 1.3 million, which is the lowest among the program's 12 pay periods.

The government has also provided $1.82 billion in rent relief to 143,110 businesses, including 59,420 companies that received $300 million in lockdown top-ups.

The Canadian Chamber of Commerce said Wednesday that the budget should extend the aid programs, but redesign them to target businesses that need the most help.

The chamber suggested the government adjust eligibility criteria to account for seasonal businesses, and develop targeted policies to assist the longer recovery time for sectors relying on face-to-face interactions.

Many businesses have come to rely on federal aid for their financial survival, said Craig Alexander, chief economist at Deloitte Canada.

He also expected investment in the accommodation sector to pull back this year.

"When the government programs end or are wound down, I think we're going to see a rise of insolvencies and bankruptcies. I actually think that there's been a lot of damage done that we can't see," Alexander said.

"One of the things we need to do to promote new investment is to make it easier to launch a business, to encourage entrepreneurs to launch businesses to replace the businesses that have been lost by the downturn."

He said governments can ease regulations for anyone wanting to open a business, which doesn't hit the bottom line for politicians worried about ballooning deficits.

This report by The Canadian Press was first published March 24, 2021.

Canada to get 4.5M vaccine doses as questions swirl around immunization effort
May 17, 2021 9:25 AM
Comments