Ontarians received an emergency alert on their cellphones, radios and televisions Thursday morning telling them to stay home
Apr 8, 2021 3:40 PM By: Canadian Press 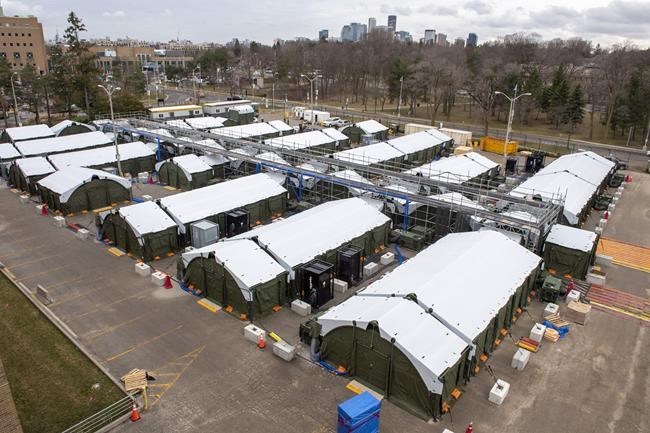 As Ontario brings back stay-at-home orders to deal with surging cases of COVID-19, the Canadian Medical Association says continually changing rules have contributed to confusion and relaxed adherence.

The national advocacy group representing Canada’s doctors says constant changes to restrictions have left people frustrated and are detrimental to its purpose.

"It’s time to apply what we know and address these new variants with the same aggressiveness they are displaying,” Dr. Ann Collins, the group’s president, said in a news release Thursday.

"Facing the new variants requires a new and co-ordinated approach to regain control.”

To deal with the spread of variants of concern, Ontario declared its third state of emergency since the start of the pandemic.

Ontarians received an emergency alert on their cellphones, radios and televisions Thursday morning telling them to stay home.

The province reported 3,295 new cases of the novel coronavirus and 19 more deaths as the new restrictions took effect.

Quebec is also reporting another spike in cases and hospitalizations linked to COVID-19, with 1,609 new infections and an additional 16 people in hospital. There were also nine deaths.

The more infectious variants gaining hold in some parts of the country mean an increase in people under the age of 60 being treated for COVID-19 in hospitals, including in intensive care units.

As of Wednesday, 16,864 variant of concern cases have been reported across Canada.

Tam said that the ramping up of vaccine delivery is cause for optimism that widespread immunity is on the horizon.

But for now, "the vast majority of Canadians remain susceptible to COVID-19," she said.

He said Canada is in a tight race between getting out vaccines and the spread of variants of concern.

He added that vaccinations are just one part of the response.

Public-health measures, such as restrictions, are important, he said, especially in areas where variants are spreading.

More than seven million vaccine doses have now been administered and the amount arriving in the country is expected to increase each month.

Maj.-Gen. Dany Fortin, who is leading the country's distribution effort, said getting vaccines out is an “unprecedented operation in scope and complexity.”

This report by The Canadian Press was first published April 8, 2021.