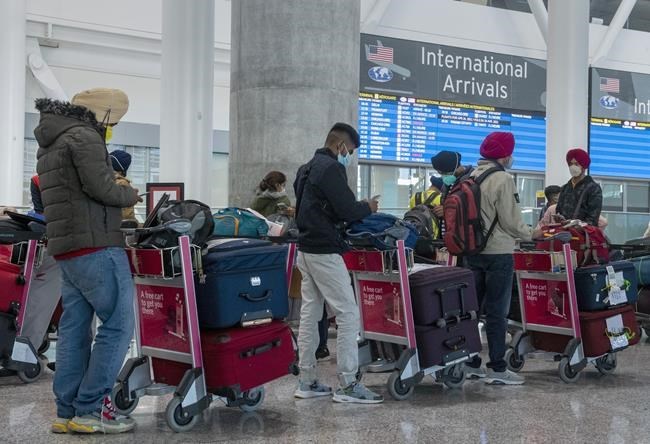 OTTAWA — Transport Minister Omar Alghabra says the resumption of international travel requires a co-ordinated approach for testing and a common platform for recognizing the vaccinated status of travellers.

Following participation at the G7 transport ministers' meeting, Alghabra says Canada's goal is to establish a system that will protect privacy and personal information, and that will be accessible, fair and equitable.

Algabra says G7 countries have a leading role to play in advancing a new global framework for international travel that will be essential to safely resume the free movement of people and goods, and the return to a barrier-free global travel environment.

Foreign Affairs Minister Marc Garneau says he and his G7 counterparts discussed global issues that threaten to undermine democracy, freedoms and human rights including the relations with Russia, China, and Iran, as well as the ongoing crises in Myanmar, Ethiopia and Syria.

He says the ministers called on China to respect human rights and fundamental freedoms and expressed their deep concerns about the human rights violations and abuses in Xinjiang, Tibet and Hong Kong.

This report by The Canadian Press was first published May 5, 2021.

NACI advice to mix vaccines gets varied reaction from AstraZeneca double-dosers
Jun 18, 2021 9:57 AM